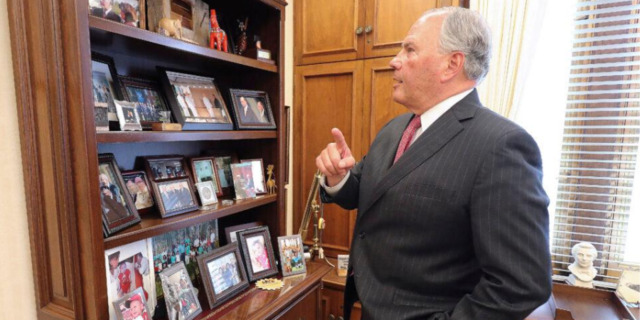 Elder Ronald A. Rasband recently reflected on events of the past six months as part of a Church News series sharing counsel from the Quorum of the Twelve Apostles during the pandemic.

Part of what Elder Rasband has observed during this time is that no one has been better at communicating the will of the Lord to the world than President Russell M. Nelson.

“It’s so simple,” Elder Rasband told Church News. “The Lord’s in charge. His Prophet is the mouthpiece of the Church.”

The most important prophet, so far as we are concerned, is the one who is living in our day and age. This is the prophet who has today’s instructions from God to us. God’s revelation to Adam did not instruct Noah how to build the ark. Every generation has need of the ancient scripture, plus the current scripture from the living prophet. Therefore, the most crucial reading and pondering that you should do is of the latest inspired words from the Lord’s mouthpiece.

So when Elder Rasband is asked for advice, he doesn’t hesitate to give this simple counsel: Follow the prophet.

Read more about what Elder Rasband has learned during this time at Church News.

You can also read counsel given by other members of the Quorum of the Twelve at Church News: