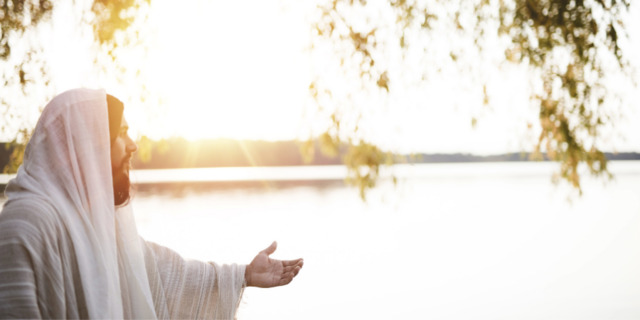 The quiet before the miracle: What we learn from a day of stillness before the Savior’s Crucifixion

It was a silent day in scripture.

During the last week of His life, on the third day before Passover, the Gospel writers seem to say nothing. On that Wednesday there were no recorded miracles, no healings, no teaching.

He was the Word, and there were none.

After the cursing of the fig tree, after the parables, after the great commandment. After the widow cast in her living, all she had. The day after He spoke to the apostles about leaving and then coming back again.

After that, there was silence.

For an entire day.

It was His last week.

Do you wonder if He was thinking about the leaving? The casting in all His living, giving His life? All He had.

Was He mustering strength?

Some people glance right over Wednesday; they move from the triumphal entry to the crucifixion without a second thought. Between the crowds and controversy, the silent day is forgotten. Should it be?

Maybe He was still teaching.

There is a message of stillness whispered through the pages of scripture, unexpected enough that you might miss it if you weren’t searching for it. Quiet can be overlooked because it doesn’t draw attention to itself, and yet we find great power there.

When the Red Sea stood before them and the shouts of the army roared behind, in the moment when the cries of fear, the clash of swords, the fervor of battle would normally have prevailed, something unexpected took place. “Stand still,” Moses counseled Israel, “and see the salvation of the Lord” (Exodus 14:13).

It happened again when Joshua led the people across the river swollen over its banks. It wasn’t until the feet of the priests stood in the waters of Jordan that the miracle came (see Joshua 3:15, 17).

And when Jehoshaphat gathered all of his kingdom in prayer before the temple, when the great multitude was coming against them in battle, when he cried to the Lord for help, the answer from the Spirit was clear: “The battle is not yours, but God’s. . . . Ye shall not need to fight in this battle: set yourselves, stand ye still, and see the salvation of the Lord with you” (2 Chronicles 20:15, 17).

There was teaching in the stillness. In the silence. The quiet before the miracle.

It was true then. It is still true now.

The next day would bring the Passover meal. The betrayal of Judas. A blindfold, the cracking of a whip, a crown of thorns, a purple robe. The cock’s crow. A trial. A crowd crying for crucifixion. The controversy. The cross.

“In quietness and in confidence shall be your strength.”

We do not know what happened on the Wednesday of Holy Week. The scriptures are silent.

The scriptures are silent.

Perhaps there is a message there.

Sometimes the answer is no answer. Sometimes He is working in the waiting. Silent doesn’t mean absent. He is there. Still.

Perhaps it is a lesson for facing our own dark days. When the multitude surrounds, when the battle rages, when we feel the urge to control the situation we are in with our own strength, our own plans, our own logic, in moments of greatest controversy, sometimes the answer from the Spirit is clear.

“In quietness and in confidence shall be your strength.”

The story of Easter teaches us the truth of Jesus in every unexpected season. Through Him, you can expect hope in unlikely places. In The Unexpected Deliverer, Emily Belle Freeman and David Butler teach about the unexpected Christ. One who shows up, turning defeat into victory, and despair into deliverance. Available now at DeseretBook.com.