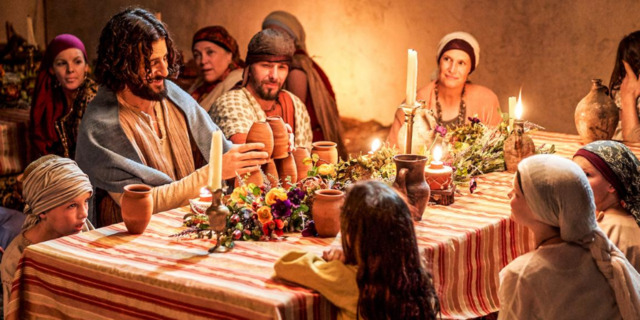 It’s the first multi-series TV show about stories from the life of Christ told from the perspective of those who knew Him, and for the show’s second season, Latter-day Saints will likely recognize the set.

Director Dallas Jenkins announced in a video on Tuesday that the second season of The Chosen would be filmed in Goshen, Utah, the location of the set replica of ancient Jerusalem built by The Church of Jesus Christ of Latter-day Saints. The set replica has been the setting for some of the Bible Videos and Book of Mormon Videos produced by the Church.

“What we are going to be able to accomplish with this set and because of some of the opportunities that have opened up for us is going to be life-altering,” Jenkins says in the video. “We are going to be able to tell the stories of Jesus and His followers in a way that elevates even what we were able to do previously. The story deserves the best, and this is the best. There is not another set like this in the world.”

► You may also like: Director of ‘The Chosen’ discusses the process of casting the role of the Savior

Jenkins was recently a guest on LDS Living’s All In podcast. On the podcast, Jenkins discussed his experience as an evangelical working with Latter-day Saints on the show, and said he has found that they have a common goal: bringing people closer to Jesus Christ.

“We disagree on some things, but I’m going to die on the hill of we love the same Jesus, and we want the same Jesus known to the world.”

Listen to more thoughts from Jenkins through the episode below. You can also read a full transcript of the episode.

Featured image: Courtesy of The Chosen

The Chosen is the first-ever-multi-season TV show about the life of Jesus. Created outside of the Hollywood system, The Chosen allows us to see Him through the eyes of those who knew him. No matter where you are at in your journey with Jesus Christ, this TV show is for you. The first season is available for free through The Chosen app on iOS and Android. You can also purchase the season on DVD at DeseretBook.com.