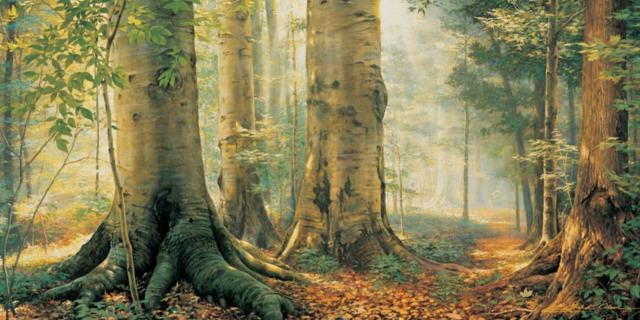 This Week from the Pulpit: How Church Leaders Are Connecting with Us during Social Distancing

As many practice social distancing, Church leaders are still delivering inspired messages and testifying to us through social media.

From Church leaders celebrating the anniversary of Joseph Smith’s First Vision and encouraging preparation for the upcoming General Conference to messages of peace and comfort during this period of COVID-19, here are a few summaries of their messages shared this last week.

► Related Content: President Nelson Asks the World to Fast with Him on Sunday for Relief from COVID-19

President Dallin H. Oaks, first counselor in the First Presidency, posted an invitation on Facebook encouraging his followers “to take advantage” of their extended time at home by “studying the Restoration” in order to prepare for the upcoming General Conference.

President Oaks also wrote about what propelled Joseph Smith in his ministry. “The key to the uniqueness of Joseph Smith’s message and the Restoration is revelation.” He continued, “Revelation is the foundation of our Church doctrine and governance.”

President Oaks concluded his post with the reminder that each of us can receive revelation for our own lives. “May we each utilize the gift of personal revelation in our lives and truly seek to #HearHim.”

The Acting President of the Quorum of the Twelve Apostles, M. Russell Ballard, posted about the importance of the First Vision to his Facebook page.

President Ballard acknowledged that we are living in a concerning time, but we also have many reasons to be optimistic about the future. President Ballard wrote about the exciting nature of next week’s General Conference, where we will celebrate the bicentennial of the First Vision.

President Ballard also noted the many miraculous things that followed the First Vision. President Ballard concluded his post with an invitation “to spend some time in the next few days to be alone in a quiet place to commune with your Heavenly Father. #HearHim”

Elder Jeffery R. Holland of the Quorum of the Twelve Apostles wrote about the Prophet’s invitation to #HearHim in a recent Facebook post. The Prophet invited us to consider how we hear the voice of the Lord in our lives and to make a more focused effort to better heed that voice.

Elder Holland urged readers to remember Jesus at the center of it all, especially in this overwhelming time.

Elder Holland also noted that Heavenly Father beckons to us: “This is My Beloved Son. Hear Him!” (Joseph Smith— History 1:17). In reference to this scripture, the Apostle said, “No greater expression of Jesus’s divine identity, His primacy in the plan of salvation, and His standing in the eyes of God could ever exceed that short seven-word declaration.”

Elder David A. Bednar of the Quorum of the Twelve Apostles posted on Facebook to deliver a message of peace. In light of “endless reports of COVID-19 occurrences and restriction,” and other global concerns, we all have a reason to be afraid.

However, Elder Bednar dispelled some of the fears that we might have. “I testify that a correct knowledge of and faith in the Lord Jesus Christ drives fear away.” The Lord will provide peace “even as we confront great adversity.”

The Apostle posed the question, “But can we hush the fears that so easily and frequently besets us in our contemporary world?” Elder Bednar’s answer to this question was “an unequivocal ‘yes’.” He continued, “Correct knowledge of and faith in the Lord empower us to hush our fears because Jesus Christ is the only source of enduring peace.”

“In our mortal journey, we search for happiness,” Elder Neil L. Andersen of the Quorum of the Twelve Apostles began his post on Facebook. He continued, “But intermingled with the joy and happiness, one thing is certain: there will be moments, hours, days, sometimes years when your would will be wounded.”

Elder Andersen noted that we might be feeling wounded in this very moment because of the uncertainty that exists in our world. The apostle acknowledged the painful nature of how we may be feeling, but he encouraged his followers to “Never give up.” He continued, “You are meant to survive spiritually and blossom in your faith and trust in God.”

Elder Dale G. Renlund of the Quorum of the Twelve Apostles posted on Facebook a metaphor that might be applicable to all of our lives. The Wasatch Front recently experienced a moderate-sized earthquake. Scientists predict that there is a 50% chance that the Wasatch Front will experience a severe earthquake in the next 50 years.

The Salt Lake Temple is currently undergoing a major renovation, including the installation of base isolators to protect against a potentially larger earthquake.

Elder Renlund applied this as a metaphor for our own lives. He wrote, “I believe there is at least a 50% chance that any of us will experience a spiritual earthquake in our lives in the next 50 years.” Elder Renlund then invited his followers to think about the “spiritual base isolators” that we would need to install to protect ourselves.

“I would suggest a key base isolator for anxiety is to develop deep faith in Heavenly Father and His plan and unshakable trust in His and Jesus Christ’s love,” the Apostle wrote.

Elder Gerrit W. Gong of the Quorum of the Twelve Apostles posted on Facebook a message for those struggling with current events in the world. He suggested “turning our hearts and minds to a higher power.”

Elder Gong wrote about the nature and power of God. “We do not presume overfamiliarity as we speak of or with our Heavenly Father. But neither do we so fear His glory and perfection that we mistakenly think Him unapproachable or distant.”

Elder Gong continued, “He invites us to come to Him, and we do so on bended knee as His children.” The Apostle concluded with the invitation to seek personal revelation “more intently” in our lives. “He longs for you to reach out to Him. He lives and loves you. #HearHim”

Check out these other posts from Church Leaders posted on social media this week!