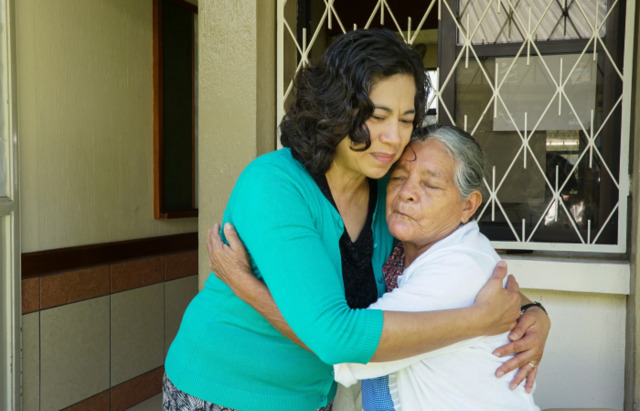 This week from the pulpit: Finding togetherness during times of distance

Among the stories shared from the pulpit this week, there were multiple testimonies of the power of togetherness. The speakers reflected on meaningful gatherings in the past and shared how even during a time of distance Latter-day Saints can draw on the power of people being together.

All the words from Church leaders this week provide a space for the Spirit to remind families that we are never alone.

Last general conference, President Russell M. Nelson shared a video recording of him reading, “The Restoration of the Fulness of the Gospel of Jesus Christ: A Bicentennial Proclamation to the World” in the Sacred Grove. But President Nelson didn’t only go to the Sacred Grove while filming—he also visited the priesthood restoration site and the Joseph Smith family home replica. And he wasn’t alone. The prophet invited two general officers to join him—Relief Society General President Jean B. Bingham and Primary General President Joy D. Jones.

President Bingham and President Jones recently shared some of the tender experiences they had with the prophet while visiting these sacred sites. First, they spoke about their visit to the Sacred Grove to record the new proclamation.

“I remember, prior to the filming beginning, when President Nelson looked up just for a moment,” recalled President Jones. “He looked up to the heavens. And at that moment, I thought, ‘The heavens truly are just as open as they were when the Prophet Joseph was in that grove.’”

Next, President Jones spoke about her experience meeting with President Nelson and a group of children in the Joseph Smith family home replica, an experience she described as “priceless.” 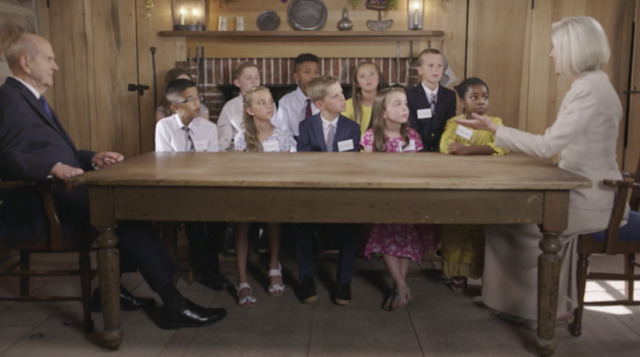 “President Nelson loves the children,” she said. “It was so comfortable. It was so natural. It was as if he was sitting with a group of his own grandchildren and great-grandchildren.”

Sister Aburto writes about the relationship between covenants and councils

In continuation of the Church News series “Women of Covenant,” Sister Reyna Isabel Aburto, second counselor in the Relief Society General Presidency, discusses what she has learned about the power of counseling together in the work of the Lord.

Sister Aburto shared how she experienced that power when she was participating in a devotional for young adults in Johannesburg, South Africa. She had prepared a message, but a few minutes before the devotional started, she felt she needed to set aside her notes and simply counsel with the young adults. After speaking for just five minutes, she asked them what their concerns were. The young adults responded with a variety of answers. Sister Aburto explained what happened next:

“They divided in small groups, and each group counseled about one of those issues for a few minutes. When we reconvened again, the Spirit filled the room as they shared the revelation they received on how to minister to their friends. The amount of energy, faith, joy, and power that was present in that room was empowering.”

Sister Aburto closed with her testimony that “when women and men work interdependently in preparing the earth for the Second Coming of the Savior, miracles happen, because there is safety in counsel.”

Last general conference, Brother Ahmad Corbitt was called to serve as first counselor in the new Young Men General Presidency. He recently spoke to students at the LDS Business College about the importance of envisioning a righteous outcome while learning by study and by faith.

Brother Corbitt is familiar with the value of maintaining a faithful vision of the future while working hard in educational pursuits. He grew up in a poor family in the housing projects in Philadelphia, Pennsylvania. He was baptized at 18 years old and later earned degrees from Richard Stockton College of New Jersey and Rutgers University School of Law. He attributes God to leading him along.

“This vision gives you a hope, a feeling of assurance, that by acting—going through the process and work of your college program—you can become that person you envision. This hope and assurance make your vision more sure and help you feel you can achieve your goals,” Brother Corbitt said in the devotional. “This, in turn, makes you more confident and happy. . . . This vision of your future can actually fill you with joy in the present and help you keep moving forward happily.”

Brother Corbitt acknowledged that it can be easy to feel discouraged about the future. He encouraged students to firmly embrace the vision of their future selves. Doing so will help students to “act consistent with that envisioned reality.”

He ended his remarks with a challenge.

“Choose to do the spiritual work required to enjoy the gift of the Holy Ghost and hear the voice of the Spirit more frequently and more clearly,” said Brother Corbitt. “As you apply this ‘exceedingly great faith,’ revelation will flow to you more readily and clearly.”

Read a full summary of the Brother Corbitt’s remarks at Church News.

The Primary General Presidency recently wrote about how families can incorporate music into their at-home worship. They began their message by sharing an example from the Savior’s life.

“On the night of the Last Supper, the Savior and His disciples gathered together for the last time before Jesus would fulfill His Father’s will. To conclude this sacred event, Matthew tells us, they sang a hymn before leaving for the Mount of Olives (see Matthew 26:30),” wrote the presidency.

The presidency commented that the Savior may have chosen to sing a hymn to offer His disciples comfort for the uncertain days ahead. Latter-day Saints can follow the Savior’s example by finding strength and comfort through sacred music.

For example, the presidency wrote that a young mother, Jenny, helped her son George stay involved with a lesson at home by having him prepare and lead a song during their discussion. Jenny and her husband Bill “are realizing the influence music has on their children and its ability to plant seeds of doctrine in their hearts.”

President Joy D. Jones and her counselors tell us, “Primary songs and hymns are a powerful tool to help children learn about Heavenly Father’s plan of happiness and the foundational truths of the gospel of Jesus Christ. As children sing about gospel principles, the Holy Ghost will testify of their truthfulness. The words and music will stay in the children’s minds and hearts throughout their lives.”

In this live-streamed devotional, Elder Weatherford T. Clayton, General Authority Seventy, and his wife, Sister Lisa Clayton, reminded students that modern prophets have continually asked us to seek to know God and to hear His voice.

“Clearly, we need Christ’s words,” said Elder Clayton. “But where can we find them?”

He then went on to highlight four sources Church leaders have taught Latter-day Saints to go to for spiritual knowledge: the scriptures, the temple, the Holy Ghost, and the words of the living prophets.

Elder Clayton shared an example from his mission of how treasuring up the scriptures can bless our lives and the lives of others.

“During my mission as a young adult, my companion and I were teaching a wonderful investigator about the three degrees of glory when he asked, ‘But what about the animals?’ I had no idea what to say. “Then an impression came to my mind about a verse in section 77 that describes animals in their eternal felicity.  It was perfect and it wasn’t from me,” he recalled.

After recounting experiences with the temple, the Holy Ghost, living prophets Elder and Sister Clayton left the students with powerful promises.

Sister Clayton ended her remarks with the promise that “the Lord will walk this path with you daily.”

“Are you letting Christ’s words enter your heart?” asked Elder Clayton. “As you choose to let them in and take root in your heart, you will feel yourself change. You will feel their truthfulness grow in you like a good seed, and they will become delicious.”

Read a full summary of the Clayton’s remarks at Church News.