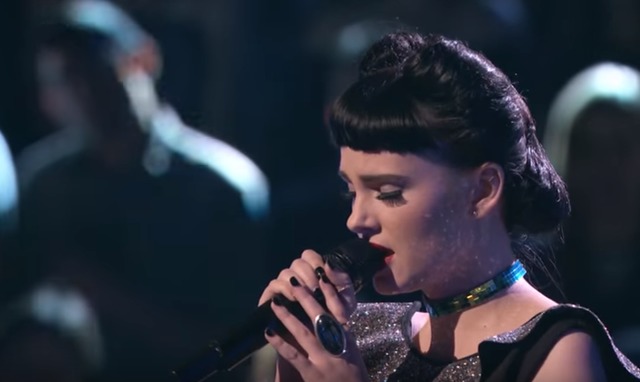 When Tim McGraw and Faith Hill appeared on this week's episode of The Voice, Belle Jewel was excited to build more happy memories with Tim McGraw.

"I saw you in concert and you kissed me on the hand," she told the country star. "And it was the best day of my life."

Apparently Jewel's appreciation of McGraw was mutual. "You could see her doing a show," McGraw said. “I think Belle is one of those artists who really, stylistically, has carved her own niche out in this show.”

After performing "Don't Dream It's Over" by Crowded House during the knockout round, Alicia Keys told Jewel, "Belle, I love your voice. . . . I love the mixture of styles that you bring."

But ultimately, she chose to go with Christian Cuevas, who sang "Superstar" by the Carpenters.

However, in a lightning-fast reaction, Miley Cyrus hit the buzzer to steal Jewel for her team.

“She has her own style in every way,” Cyrus said, adding her own praise. “I’m looking forward to picking songs with Belle because I think I’ll grow a lot and learn a lot in this experience, too."

But Miley Cyrus and Tim McGraw weren't the only ones who loved Jewel's performance. Yesterday Jewel's recording of "Don't Dream It's Over" hit no. 12 on the iTunes alternative charts:

Now Jewel, a former BYU music student, is heading to the live show playoffs as a top 20 artist.