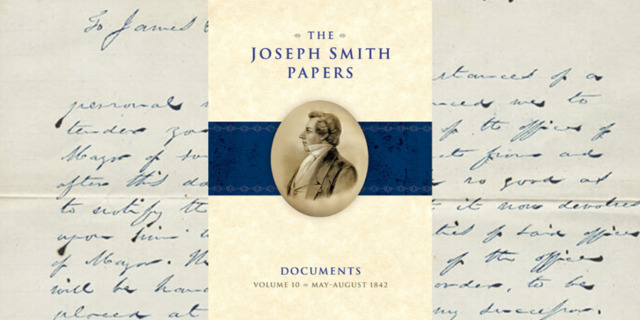 To say the summer of 1842 was a busy season in the life of Joseph Smith would likely be an understatement. During the time, his responsibilities included overseeing missionary work, encouraging the construction of the Nauvoo Temple, editing the Times and Seasons, gathering converts, serving as mayor, and dealing with his bankruptcy application.

These affairs are captured in the newly released volume of The Joseph Smith Papers. Documents, Volume 10  includes 105 documents ranging from letters to financial records from May to August 1842.

Volume editor Jordan T. Watkins said, “You get a very clear picture of how busy Joseph Smith is, but one of the things that stands out to me is the relationship between the busyness of everything Joseph is doing and his teachings . . . That’s one of the things that I love about Documents, Volume 10 is it shows the very real interaction between the every day, the mundane, the real circumstances that Joseph Smith finds himself in and the teachings that come out of this period.”

Documents, Volume 10 is available for purchase at deseretbook.com. Here is a look at some of the topics covered in the 105 documents included in the volume.

A Look at Some Topics from Documents, Volume 10

One of the first documents in the new volume is dated May 11, 1842. The document, signed by members of the First Presidency, members of the Quorum of the Twelve Apostles, and Bishops in Nauvoo “withdraws the hand of fellowship” from John C. Bennett.

Bennett first came to Nauvoo in September of 1840 and joined the Church and the Saints there. According to a video from the Church History YouTube channel, Bennett was instrumental in getting a charter passed that incorporated the city of Nauvoo and he was the city’s first mayor. He even served as an assistant president in the First Presidency when Sidney Rigdon was sick.

As Bennett was in Nauvoo, rumors began to emerge about his personal life. Volume editor Matthew C. Godfrey explained, “[Joseph] begins to hear rumors as well that Bennett is going around Nauvoo trying to seduce women by telling them that Joseph approves of illicit intercourse between the sexes. . .  but from personal experience, Joseph knows that sometimes rumors that are being spread about people aren’t true. And so, I think Joseph wanted to give John C. Bennett the benefit of the doubt until he could prove these accusations against him.”

Godfrey explained that Smith confronted Bennett about the rumors privately on a few different occasions. 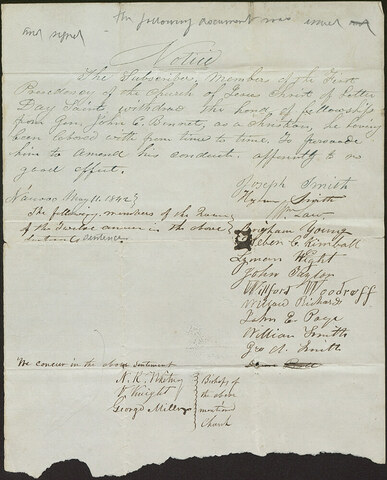 “Whenever he does so, Bennett is repentant,” Godfrey said. “He asks Joseph for mercy. He asks Joseph not to expose him and Joseph seems willing to give Bennett second chances. But in April of 1842, I think Joseph realizes that Bennett is not going to change. He’s not going to change his behavior, and so, in May of 1842, Joseph has Willard Richards prepare this notice.”

Six days after the date of this notice, Bennett withdrew his membership from the Church voluntarily.

“This is the beginning of the end of his relationship with Joseph and of course he’ll go on to publish four letters in The Sangamo Journal against Joseph, accuse Joseph of masterminding the assassination attempt of Lilburn W. Boggs, and just caus[e] all kinds of trouble for Joseph.”

One theme of the documents in Volume 10 is the Nauvoo economy.

“Joseph applies for bankruptcy the month before this volume starts and we see that progress over the course of the volume,” editor Elizabeth A. Kuehn said. “There’s quite a lot that speaks to the Nauvoo economy, the fact that it’s very cash poor and people are bartering or paying tithing in interesting and unexpected ways for our kind of modern sensibilities.”

The Nauvoo City Scrip, dated 14 July 1842, is one example of the cash-poor economy. It was a local currency issued by the Nauvoo City Council and was only used in Nauvoo to pay taxes or pay city workers who could then use it to redeem money for their taxes, Kuehn said.

“It’s very rare because most were destroyed as they were redeemed so there’s only a couple circulating on the collector’s market,” Kuehn explained.

Another theme throughout Volume 10 is plural marriage.

“We see Joseph marrying some quite well-known women during this period,” Kuehn said, “He marries Eliza R. Snow at the end of June and Sarah Ann Whitney at the end of July.”

One of the documents, dated 27 July 1842, is a revelation that Smith dictates to Newell K. Whitney that explains how to perform a plural marriage between Smith and his daughter, Sarah Ann Whitney.

“It’s not quite as well known as the July 1843 revelation now canonized as 132 in the Doctrine and Covenants, but in a lot of ways it gives us more details about an actual sealing and an actual plural marriage than 132 does,” Kuehn said.

Nauvoo Is Not Utopia

Watkins explains that the documents in Volume 10 show that Nauvoo is very much a city.

“You get a real sense that Nauvoo is an actual place, a city with real people,” Watkins said. “They’re dealing with garbage in the streets and with things that other cities are dealing with.”

Kuehn added that Volume 10 contains the messy realities of life, whether that’s bitter disputes, slanderous accusations, or community politics. Kuehn said that one of her favorite things that appears in the volume is two instances of tithing being paid in the form of livestock, and then that livestock wanders away. The city publishes notices asking people to please return the cows to the Trustee’s Office if they see them.

“I think it pulls away from our idea of this idyllic utopian community that we sometimes paint when we think about Nauvoo,” Kuehn said. “This is as an actual city with real problems and a lot of different things to iron out in these really crazy months.”

A Poem about Joseph Smith from Eliza R. Snow

One of the documents in the volume is a poem from Eliza R. Snow, dated 20 August 1842, and published in the local Nauvoo paper. Kuehn said that in the poem, Snow uses a metaphor of a portrait to talk about Joseph’s absence from Nauvoo. During that time, Joseph is in hiding because of the potential for extradition to Missouri.

“If you read between the lines there’s some hint that she is forming a more personal relationship with Joseph because of their plural marriage,” Kuehn said.

When Joseph is in hiding, he reflects on some of the blessings in his life, especially the people he can trust during the turbulent summer months. In a document dated 16 and 23 August 1842, Joseph talks about some of these people, such as Erastus H. Derby, his brother Hyrum, Newell K. Whitney, and others, including Emma. 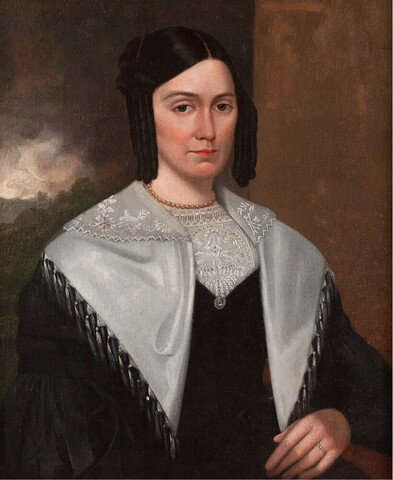 “Just to feel the love that he expresses for Emma I think is a powerful thing too,” Godfrey said. “Since so many of the documents in this volume deal with messy issues or with difficulties in Joseph’s life, these reflections and blessings where he’s just pondering about people who mean a lot to him I think present a side of Joseph that we don’t always see—a very personal side of Joseph—and it also shows us how much friendship meant to him.”

“We have to recognize that the people who are writing down these sermons are viewing them through their own lenses,” Watkins said. “We have to recognize that they’re making some personal applications even in the transcripts that they are creating of these sermons and discourses, so I think that one is pretty interesting to analyze for textual reasons and for intended perception.”

The months documented in this volume were times of dramatic change and increasing anxiety for Joseph Smith and the community of Nauvoo. The texts presented here, with their detailed historical annotation, make this volume a crucial resource for those seeking a deeper understanding of Joseph Smith as prophet of The Church of Jesus Christ of Latter-day Saints, as mayor of Nauvoo, as leader of the Nauvoo Legion, and as a man who, despite the constant pressure of events, continued to faithfully lead his people. Documents, Volume 10 is available now at deseretbook.com.