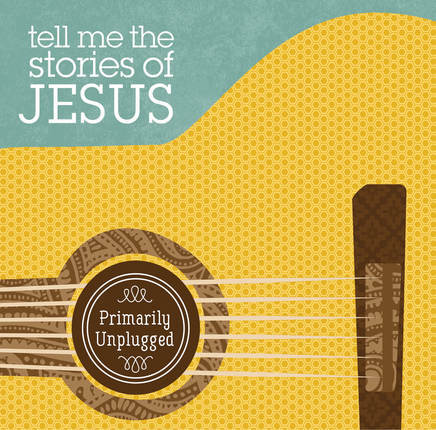 Music has the power to lift and enlighten, to empower and transform, to comfort and heal. And nothing is as touching or sweet as the simplicity of Primary songs.

Popular LDS singer Kristen Nelson and songwriter Janice Kapp Perry have experienced firsthand the miracles and healing that can come through these simple tunes and lyrics. Here are their incredible stories of when the power of Primary songs changed their lives.

Sharing Comfort and Hope After Loss

At just 10-years-old, LDS singer Kristen Nelson lost her brother, Taylor, in a house fire. Nelson still remembers the poignant pain of that time while her family began trying to rebuild their home and their lives.

"Every night I would lie awake unable to sleep from constant stomach pangs and heavy heartache," Nelson says. "I had been taught the principle of eternal families and heard that Heavenly Father loved me, but where was He now? My soul felt covered in ice like our frosty windowpanes that November. I needed peace."

Nelson soon found the peace she needed when a member of her ward gave her a cassette tape of Primary songs. As the sweet voices of the children's choir filled her room, she experienced a facet of music's power she had never felt before.

"The words of the Primary songs were so familiar and comforting to me--like dear friends," Nelson remembers. "My heart was reassured that Heavenly Father knew my name and that Jesus had felt my pain. I knew that Taylor was in their loving arms."

As Nelson grew, the memory of that night stayed with her, shaping her love of music and her desire to share those feelings with others.

Recently, Nelson was able to put that love into action when her close friend lost her 6-year-old son. Nelson's friend struggled to find comfort and stay strong for her 8-year-old daughter, Aubrey, who was so devastated by the loss she couldn't sleep at nights. "[This] triggered memories of the lonely nights I spent as a girl, and I immediately remembered the songs," Nelson says.

For the next few weeks, Nelson began arranging and recording some of Aubrey's favorite Primary songs. "It was such a special gift for me to share them with Aubrey," she says.

Shortly after, Nelson was given the chance to share this gift with a far wider audience, with the recording of her latest CD Tell Me the Stories of Jesus, which was released July 28.

"The chance to share my testimony of God’s love to such a wide audience was something I never thought possible," says Nelson. "My hope for this album is that it finds not only little children, but the child in each of us."

Listen and download a free sample of Tell Me the Stories of Jesus here.

It's your chance to listen to these beautiful, guitar-driven arrangements with Kristen Nelson's latest album! Kristen's instinct for storytelling and evocative lyrics add a new dimension to these beloved Primary songs. Stylistically, she introduces elements of folk legends Bob Dylan and Joan Baez all while bringing her own unique voice and approach. Order it now at DeseretBook.com.

Finding Healing Through "A Child's Prayer"

During a time of frustration over a seemingly unanswered prayer, Janice Kapp Perry wrote a song called “Lord, Are You There?” She later decided to write a children’s version, which she entitled “A Child’s Prayer.”

“We are all human and occasionally wonder, in difficult times, if the Lord is really there to hear and answer our prayers,” she says. Perry has received many touching letters through the years from people who have had personal experiences with this song. One mother related that when her small child needed an MRI, they could not get him to lie still until she promised to entertain him with Primary songs. He said, “Okay, I’ll go first,” and then started singing “A Child’s Prayer,” which brought tears to the doctors’ eyes.

Perry also had a very personal experience with this song in July 1998. “Just three days after my husband and I returned from the Tabernacle Choir’s European tour, we were involved in a serious car accident in which the front of my throat was badly ruptured and was bleeding internally,” she recalls. “At a time when I was finding it difficult to speak, swallow, and breathe, I was told by hospital personnel that I needed to lie flat and absolutely still for 30 minutes while a CAT-scan assessed the damage to my neck. I desperately searched for something to calm me emotionally. I closed my eyes and repeated these words over and over in my mind for the duration of the test: ‘Pray, He is there; speak, He is listening. You are His child, His love now surrounds you.’ Surgery and rest eventually healed my throat, but the words of the song calmed my spirit at a critical time.”

She adds, “Over the years, it has become clear that this song is the people’s favorite. Of the 1,300 songs I’ve written, this is my favorite, too.”