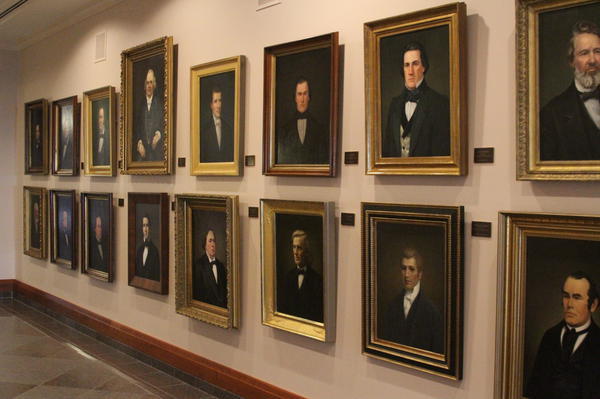 MR says: Key Church artwork painted by a famous 19th-century painter, who even did portraits for presidents, vanished early in Church history. Find out how this important art was recently rediscovered.

Enoch Wood Perry Jr. was a 19th century American painter known for his thematic and stylistic works, including many portraits and landscapes. In the 1860s he was commissioned by the Church to create portraits of early LDS leaders, such as Brigham Young, John Taylor, Wilford Woodruff and several others.

For a long time the location of some of the Perry paintings was unknown. But recently, with the help of Anthony Christensen and Ronald L. Fox, every known portrait has been found.

“The significance of these portraits is the fact that there was a very skilled artist who was featured in the Smithsonian and Metropolitan Museum who traveled out west before the train using horse and cart,” said Anthony Christensen, owner of Anthony’s Fine Art & Antiques in Salt Lake City. “Perry did portraits of major U.S. figures like Ulysses S. Grant and Jefferson Davis. The Church paintings are a significant discovery because they truly are the foundation of the Church’s art collection.”

“Perry studied with Emanuel Leutze (best known for his monumental painting of ‘Washington Crossing the Delaware’ currently located in the Metropolitan Museum) at the Dusseldorf Academy in Germany and with Thomas Couture in Paris,” said Linda Jones Gibbs, Ph.D., an art historian living in New York City who did her master's thesis on Enoch Wood Perry and was a former curator at the Church History Museum. 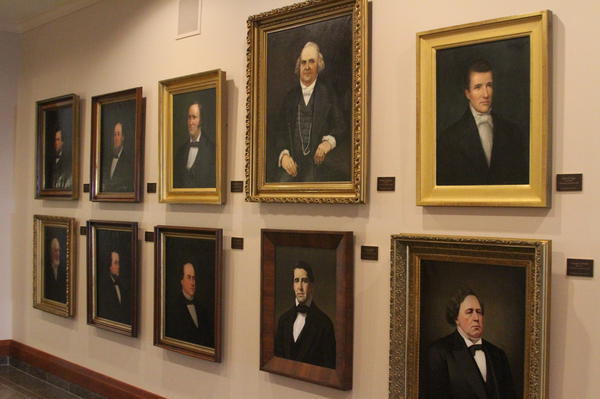