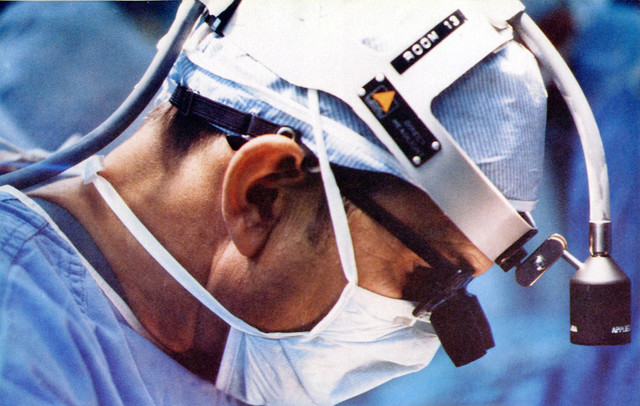 President Russell M. Nelson's experience as a cardiac surgeon and researcher has provided him with a unique perspective. As he taught in a 1993 BYU devotional, "Cardiac surgeons speak of the heart in terms of its structural integrity. The word integrity is related to the word integer, which means 'entire' or 'whole.' Integrity may be defined as 'unimpaired.' Integrity also means 'incorruptible,' a firm adherence to a code of values. Integrity denotes a state of completeness. If any component of the heart loses its integrity, the heart is impaired and a vicious cycle ensues. . . . Repentance, strengthening, and sanctification are part of that cherished prize—integrity of heart. . . . Dear brothers and sisters, if I could have the fondest wish of my heart granted, it would be that you could know who you really are—that you were from premortal realms." We are grateful for the integrity of heart of our prophet.

► You'll also like: 6 Ways the Lord Has Prepared President Nelson to Be Our New Prophet

President Russell M. Nelson performed nearly 7,000 operations as a heart surgeon before he set down his scalpel to become an apostle in The Church of Jesus Christ of Latter-day Saints. Now Utah is going to award the LDS Church president with a lifetime achievement medal for a career spent on the cutting edge of medical innovation.

President Nelson will receive the award on June 6 at an event honoring him and the three other winners of the 2018 Governor's Medals for Science and Technology, according to a joint news release issued by Gov. Gary Herbert and the Utah Science Technology and Research Initiative.