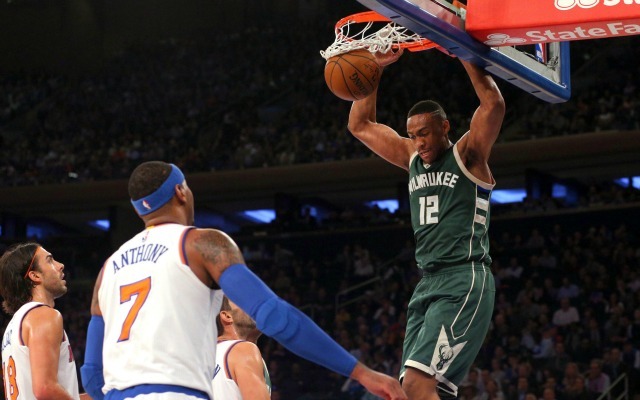 When Jabari Parker was selected 2nd overall by the Milwaukee Bucks in the 2014 NBA draft, he was expected to make an immediate impact on his struggling team. Though he got off to a strong start, Parker's rookie season was cut short by a devastating ACL tear.

This year, Parker returned with a chip on his shoulder. The tale of the promising prospect restricted by injury is all too common in the NBA, and Parker's early woes spelled trouble. However, he managed to stay healthy this year, averaging 14 points and 5 rebounds per game and solidifying his place in Milwaukee's starting lineup.

A good sign for Bucks fans, certainly. But perhaps an even better one is the authority with which he commanded the paint this year. Despite recovering from a serious knee injury, Parker rose up for 129 slam dunks during the 2015-2016 season—more than LeBron James. Take a look at all of them in this awesome video:

Parker, an active Latter-day Saint, is often vocal about his faith. As a high school phenom, he graced the cover of Sports Illustrated with the following caption: "The best high school basketball player since LeBron James is . . . JABARI PARKER. But there's something more important to him than NBA stardom: HIS FAITH."

A dedicated attendee of early morning seminary, Parker learned to play basketball in LDS cultural halls and was known for carrying a Book of Mormon in his backpack.