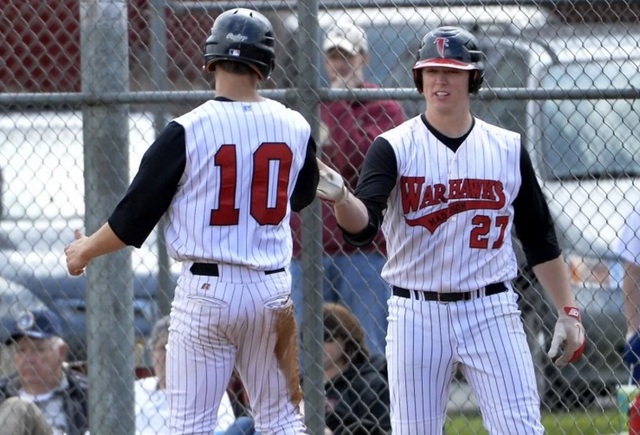 With role models like Jeremie Guthrie, who became the first Mormon to serve a mission and later pitch in the world series, it's a hard decision for baseball players to know whether they should put their career and everything on hold to serve a mission. Two LDS cousins may be facing that decision soon.

As the rain clouds dispersed over Madison High before a recent Saturday afternoon game, a throng of pro scouts in a rainbow of Major League Baseball caps crowded along the backstop, eyes focused on two seniors who may not even be playing baseball in two years.

By committing to Brigham Young University last summer over the likes of defending NCAA champion Virginia and Liberty, Madison standout seniors Pete Nielsen and Matt Favero demonstrated the importance of their Mormon faith. Per custom, the cousins plan to step away from the sport following their freshman year at BYU to take a two-year mission trip, just as their older brothers did.

But following a strong showing against stout talent in March’s Sarasota Classic and as more scouts flock to their games during top-ranked Madison’s Virginia 6A state title defense, Nielsen and Favero’s shared dream of playing pro baseball is now dangling before them. With every diving play by Nielsen at shortstop and every glove-punching strike thrown by Favero, their draft potential elevates, leaving the teenagers to wrestle with a decision that has no easy answer.