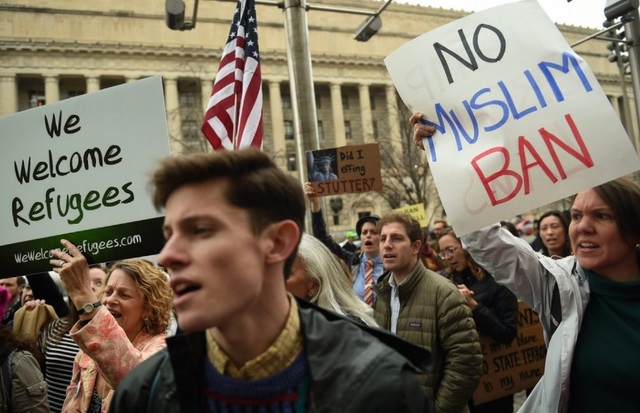 “My hope is that it is a piece of evidence that the courts will consider and help them as they deliberate the course they will take,” Mormon history professor W. Paul Reeve told The Washington Post. “We are a pluralistic society and we value religious pluralism. An attack against one religion is an attack against all religion.”

Muslims fearful that President Trump’s travel ban targets them are finding an ally in scholars of Mormon history.

A group of 19 scholars recently filed a brief in the U.S. Court of Appeals for the 9th Circuit comparing the government’s proposed treatment of Muslims to how it treated Mormons in the 19th century.

“This Court should ensure that history does not repeat itself,” wrote the scholars, only some of whom are members of the Church of Jesus Christ of Latter-day Saints, popularly known as the Mormon Church. The church is headquartered in Salt Lake City.

The court is expected to hear arguments on Trump’s revised ban next month. That ban suspends the admission of new refugees and new visas to citizens of six Muslim-majority countries — Iran, Libya, Somalia, Sudan, Syria and Yemen.