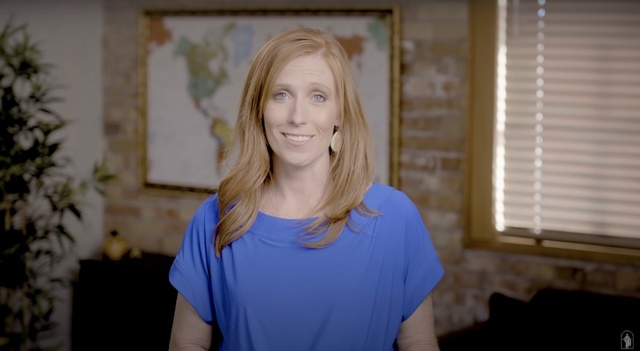 Watch: Jennie Taylor says these 3 words helped her deal with unexpected deaths in her family

Jennie Taylor has known plenty of heartache in her life. As a 10-year-old, she lost her father to suicide. Years later, when she was married with four children, her teenage brother-in-law also committed suicide. And during her husband Brent’s fourth deployment as a soldier in 2018, she found out he’d been killed in action.

► You may also like: ‘I’m not raising my children alone’: How Jennie Taylor has found peace after her husband was killed in Afghanistan

In these dark moments of grief, Jennie, now a single mother of seven children, has questioned how she or her loved ones would ever survive their heartbreak. But three words in a talk by the late Elder Joseph B. Wirthlin have given her comfort: “Sunday will come.”

Jennie lost both her brother-in-law and her husband on a Saturday. But she knew these words promising that Sunday would come were not just about any Sunday—they were about the Resurrection of Jesus Christ on Easter Sunday. She kept those words in her mind as she waited for the night to turn into morning after her brother-in-law’s passing, and then again when her husband died. In a Church video, she recalled the following about her husband’s death:

“When that horrible Saturday turned into Sunday morning, I pulled myself out of bed and onto my knees and I prayed a prayer of gratitude to my loving Heavenly Father for the knowledge I have that with the rising of the sun each day comes a reminder of the love of His everlasting son in our lives. I knew for sure that not only was Jesus the light of the world, but that He would continue to be the light of my world,” she said.

Watch the rest of Jennie's message below. You can also listen to a podcast episode of Jennie on All In.

Resurrection Sunday DeathResurrection,Sunday,Death,
Comments and feedback can be sent to feedback@ldsliving.com