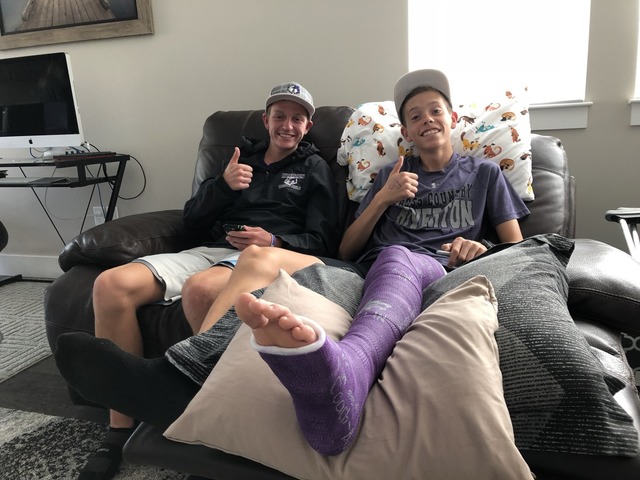 Watch: LDS Teen Carries Teammate with a Broken Leg Across the Finish Line in Emotional Video

"It was a very easy decision to make. Me and Blake have been through so much together. He's always been there for me. This was, honestly, the least I could do for him," Sean Rausch said.

With just 200 meters to go in the state cross-country championship, Riverton High School senior Sean Rausch was fixated on finishing the race — until he came across teammate Blake Lewis, who was writhing in pain on the ground.

Moments earlier, Lewis heard a crack, followed by a horrible pain in his left leg. He later learned he had broken his tibia.

Rausch, who was running behind Lewis and did not witness the fall, saw him on the ground in pain and in tears. He stopped, asked Lewis if he wanted to finish the race, and then carried his teammate piggyback the remainder of the race and across the finish line.

Mormon Life Race ServiceRace,Service,Mormon Life
Comments and feedback can be sent to feedback@ldsliving.com