Watch: Parents of Girl Killed in Sandy Hook Shooting Share Miracles They Experienced After Her Death

On December 14, 2012, Alissa and Robbie Parker received a heartwrenching phone call—a shooting had happened at their daughter's elementary school, Sandy Hook. The nightmare of that day's events is still fresh in the Parkers's minds, but along with the horrors, the two recall many miracles that came into their lives the months and years after.

► Related content: When a Temple Prompting Led LDS Parents to Speak with the Dad of the Man Who Murdered Their Daughter

► Related content: When a Temple Prompting Led Latter-day Saint Parents to Speak with the Dad of the Man Who Murdered Their Daughter

The tragedy drew heaven nearer into their lives as Alissa and Robbie worked through difficult questions. In an interview with LDS Living, Robbie shared, “I remember when I was at church sitting in sacrament meeting, I kept thinking that if only I could have known what would happen that day, I would never have sent Emilie to school. I would have protected her, made sure nothing happened to her. But then, I felt this very distinct thought from Heavenly Father, saying: ‘I knew what they would do to my Son.’ And it just hit me. Heavenly Father sent His Son to this earth, fully knowing what they would do to Him. He watched as His Son was crucified and endured so much. As a father, that struck me, bringing a deeper sense of what the Atonement means and how much our Heavenly Father loves His Son and all of us.”

► Related content: Mom of Girl Killed in Sandy Hook Shares Remarkable Moment She Realized Her Daughter Is Still Near as an "Angel of Comfort"

Recently, Alissa and Robbie shared their beautiful story in a Church video. Listen to their stirring testimonies below.

► Read more of the Parkers's story with: Miracles After Sandy Hook: How a Latter-day Saint Family Has Felt Heaven's Presence After Their Daughter's Murder 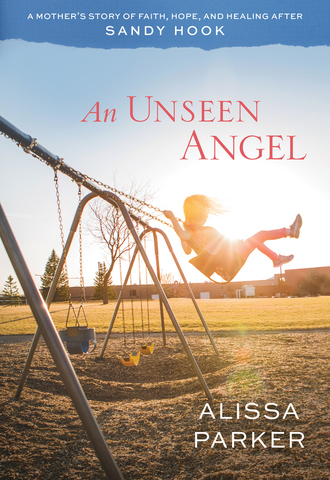 Read more about these miracles in An Unseen Angel: A Mother's Story of Faith, Hope, and Healing After Sandy Hook.

When Alissa Parker lost her daughter Emilie in the Sandy Hook Elementary mass shooting, she started a life-changing journey to answer soul-searching questions about faith, hope, and healing. As she sought for the peace and comfort that could help mend her broken heart, she learned, step by step, how to open her heart to God's grace and will.

One step brought her face to face with the shooter's father, where, in a pivotal and poignant meeting, she was given an opportunity to forgive. Another step brought her into the sheltering compassion of her community as family, friends, and even strangers reached out to buoy her up with their shared faith. And several miraculous manifestations of Emilie's continued presence and influence lifted her heart and will validate the faith of every Christian.

The story of Alissa and Emilie reminds us that the bonds of love continue beyond this life and that despite tragedy and heartache, we can find strength in our family and our faith.