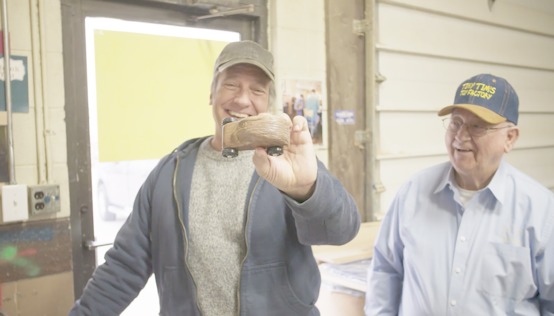 A cheerful and optimistic 82-year-old, Alton Thacker has spent over 20 years overseeing his toy factory, which has created over 800,000 toys for children all over the world—including Iraq, Afghanistan, Ghana, Thailand, Korea, Russia, Mexico, Brazil, the United States, and the Dominican Republic.

A kind, elderly gentleman delivering toys to kids around the world—ring any bells? Thacker's life has come to epitomize that of a real-life Saint Nick as he provides toys for needy children or those receiving care in the hospital with Tiny Tim's Foundation for Kids. But instead of having elves work in his factory, most of Thacker's toy makers are senior citizens, with the average age of the workers being 72.

► You'll also like: The LDS Couple Whose Wooden Toys Are Donated Worldwide (+ How One Saved the Lives of U.S. Soldiers)

Despite the similarity in name to A Christmas Carol's famous Tiny Tim, Thacker's foundation was actually named after a boy with severe physical handicaps in Mexico. "He taught us if you want to be happy, you do something for somebody else," Thacker says.

In 1996, the foundation took off, and Thacker says the experience has been "a blessing to our lives. . . . The smiles on the kids' faces is worth it all."

In response to Thacker's quiet acts of charity, popular TV show host Mike Rowe recently set out to Utah to surprise Thacker with an ATV decorated to look like the toy cars he creates along with a $10,000 check and a parade thrown in his honor. Watch Thacker's tearful reaction: