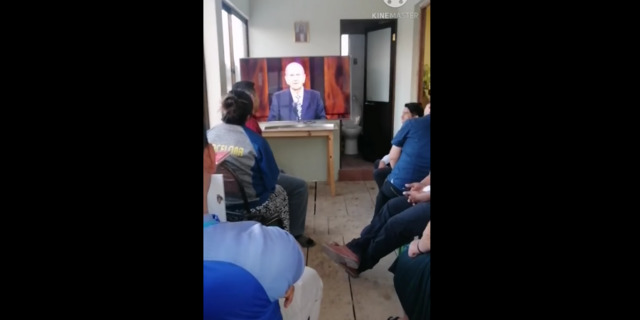 Watch: The touching story behind this family's reaction to the announcement of a second temple in Bolivia

For one family, the announcement of the temple in Bolivia was greeted with cheers of excitement and tears of gratitude. This video of their reaction has been viewed over 400,000 times. According to Newsroom, there are more than 200,000 Latter-day Saints in Bolivia.

Like many families, the Flores family has experienced loss due to COVID-19. In an email interview with LDS Living, Wualdo Flores Morales shared that multiple members in his family have recently passed away, including his nephew at the beginning of the pandemic. Furthermore, as he and his family watched general conference, they were also preparing to bury his grandfather, who was admitted into the ICU due to COVID-19 on Friday and passed away on Monday morning, right after conference.

“My mother, how it hurts me to see her like this, but the joy that is shown in the video is the answer—that God does not leave us and there are His holy temples where we can become an eternal family,” Wualdo Flores Morales wrote in his native Spanish. “The promise is that we will see our loved ones.”

► You may also like: See a powerful quote from each October 2020 general conference talk

The Flores family hopes the video will preserve the joyful memory of the announcement of another temple in their native country, for both them and for their descendants. Manuel Flores Pinto and his wife, Eugenia Morales Cueto, have eight children—six sons and two daughters. They traveled to the Cochabamba Bolivia Temple in August 2001 to be sealed together as a family. 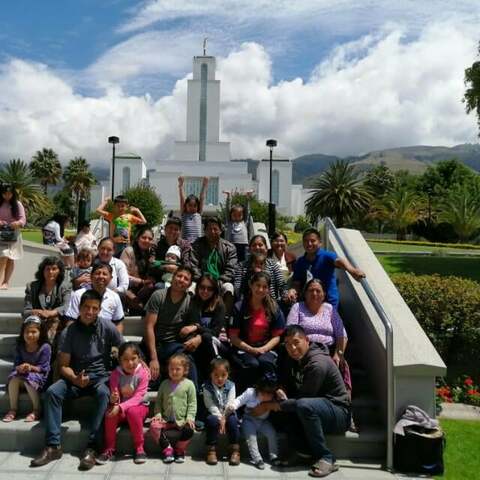 “My parents taught us that the hope for salvation is in the temple,” Wualdo Flores Morales shared. “They taught us that any sacrifice for the temple does not matter and to try to always be faithful to carry a current recommend.”

All six of his sons served missions and now seven of the eight of his children have begun families of their own. Wualdo Flores Morales explained that the announcement of the temple brought unanimous joy in his family.

“There is no other way or means by which all of us can be saved, only through Jesus Christ, our mediator and our advocate before the Father,” Wualdo Flores Morales wrote. “I testify that the house of God Himself is and can be on earth, and that is through His holy temples.”

The General Conference Addresses Journal Edition will have all the text of the general conference addresses from October 2020 in one spiral-bound paperback. Extra-wide, lined margins give you space to record your impressions and document insights you receive. The journal edition is now available for preorder and ships at the end of October.