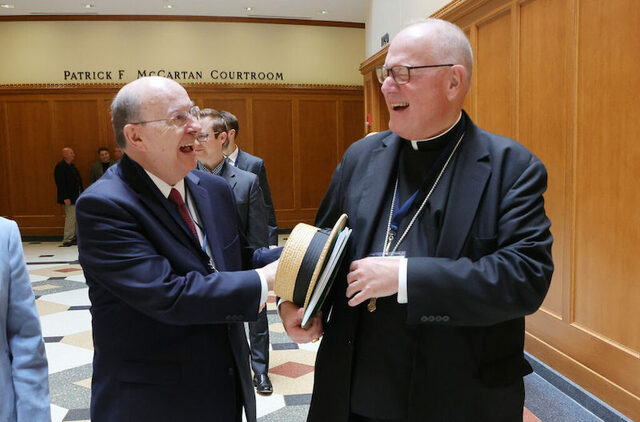 Watch: Why religious freedom is essential today, according to Elder Cook and more faith leaders

A new Church News video interviews religious leaders and scholars at the inaugural Notre Dame Religious Liberty Summit, which was held June 28–29 on the university’s campus.

In the video, Elder Cook said he feels strongly about religious freedom and believes there are some threats to it today. In addition to Elder Cook’s thoughts, footage shows religious leaders of Catholic and Pentecostal faiths speaking on the topic.

Dr. Jacqueline Rivers, a Pentecostal and executive director of The Seymour Institute for Black Church and Policy Studies, explained that religious freedom is essential for all—including those without faith.

“At the base of human existence, for it to have meaning, we have to have the freedom to follow our conscience. But even for those who have no faith, because it’s really important for us to bear in mind that religious freedom is not just for people of faith, it’s even for those who have no faith—it’s defending their right not to adopt any faith of any particular hue. But that freedom of conscience, that responding to that inward call, is simply essential for human life. And it is a foundation of human society.”

“We see that when countries protect religious liberty, there is more peace and national security and prosperity among their people. So it’s really a foundational protection that leads to so many other benefits for society,” she said.

“We want to be Christlike, we want to follow His message, we want to follow His ministry. Do we ever completely succeed?” Elder Cook said in a conversation with Cardinal Timothy Dolan, archbishop of New York. “No. No. But does that mean that we . . . give up on it and we don’t spend our lives trying to do it? That’s the way I feel about our constitutional ideals. We may not have lived up to them perfectly, but they are great constitutional principles and we need to try to live up to them.”