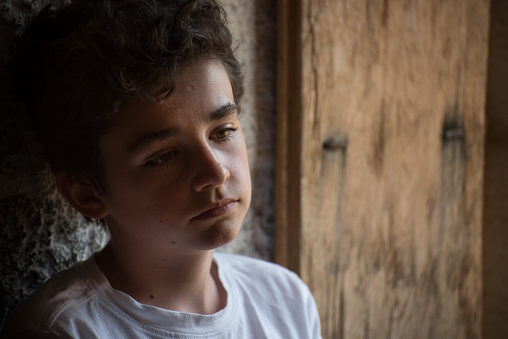 What Almost Stealing Food Out of Hunger Taught Me About God

My family was very poor while I was growing up, and we moved so often that I never felt like I belonged anywhere. Even though we faced a lot of hard times, we were rarely sad, but we were often hungry. I remember one day that was particularly rough at home. There was no food and my parents were arguing, so I left the house.

I went downtown to the local mall to try to entertain myself. I immediately went to one of my favorite stores, a candy shop with barrels of taffy and other goodies. My eyes caught on a tree made from breadsticks which were twisted, braided, glazed, and cooked to that perfectly baked, tan color.

My stomach growled as I realized that even though I was hungry and the delicious bread was right in front of me, I would never have it. I wanted to steal the bread; hunger and desperation were the obvious reasons, but I also felt fed up with not having a fair chance in life. I felt like no one cared about me, so I wanted to steal from society to let it know that it had failed me.

Mormon Life Stealing GodStealing,God,Mormon Life
Comments and feedback can be sent to feedback@ldsliving.com