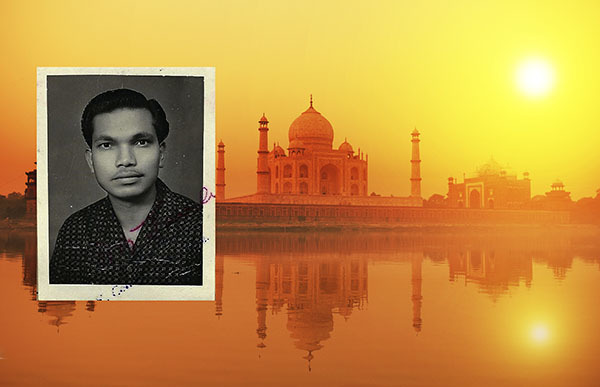 I often look back at my journey from being a “jungle boy” in rural India to being where I am today and know that my life and faith are truly miracles. The Lord’s embroidery of my life is more beautiful than I ever expected.

I was born in a small jungle village surrounded by the Eastern Ghats mountain range in India. When I was 18 months old, we moved to the village Dangrapalli on the banks of the River Kolab. I was transported in a basket while my parents walked. The village consisted of 20–25 families, who lived in small huts with no electricity. We had no school, hospital, or bus station. We dug the riverbed for drinking water. I spent my childhood playing in the jungle and fields, walking on stilts in the swamps, and swimming in the river.

My forefathers were Hindu temple priests under the Maharaja (King) of Bastar of Jagdalpur. But when the political instability became dangerous, my grandfather and his family escaped to Kotpad. They were given refuge at a German Lutheran mission, where he worked as a caretaker and practiced Ayurveda (herbal medicine). It was here that my grandfather chose to convert to Christianity.

My father continued in the Christian faith by choosing to become an evangelist and a guru (teacher). When I was born, I was named Mangal Dan Dipty (meaning “good,” “gift,” and “light”), inheriting a tradition of Christian faith.

As a child, I attended the German Lutheran church regularly. We would go to the mountains to pray together often. One rainy day, everyone in the prayer group was drenched, and one of the preachers offered a fervent prayer pleading with the Lord to stop the rain. To our amazement, the rain stopped. That was the beginning of my faith in God and prayer.