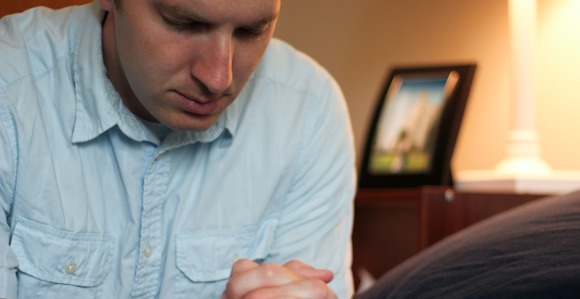 The prompting was as unpleasant and embarrassing as any he had received. But what do you do when the spirit keeps insisting you propose to the girl who just tried to break up with you? I guess we can all take some counsel from Elder Ballard on "Following Up."

A young man returned home from a date one evening discouraged and heartsore when the young woman he was courting—and had developed strong feelings for—revealed that she thought they should end their relationship. While the young woman wanted to break up, the young man did not. Still, they both agreed to go home and pray about it before their next date the following evening.

Struggling with feelings of loneliness and inadequacy, the young man knelt beside his bed and poured out his soul to the Lord. He expressed his hurt and disappointment at the apparent end of this relationship and his desire for a temple marriage and eternal family. He expressed his feelings for the young woman and his appreciation for the wonderful qualities she exhibited during their courtship. Eventually, he even prayed that she would also find a worthy spouse who would recognize her good and honest heart.

Feeling exhausted but very noble, he climbed into bed eager for rest. Unfortunately for him, sleep proved elusive. A heavy, conflicted feeling descended over him.