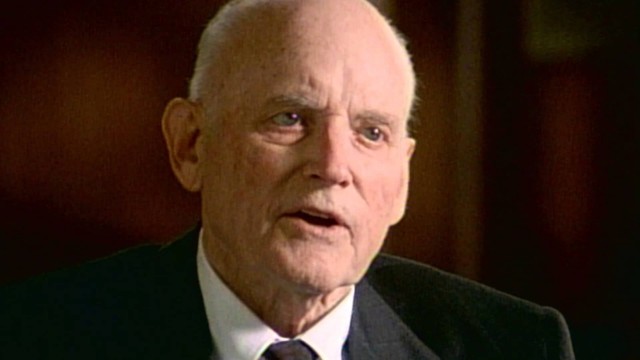 What Howard W. Hunter’s Reaction to a Bomb Threat Teaches Us About Facing Calamity

What a great testimony to the strength of latter-day prophets as well as those who support and sustain them.

On February 7, 1993, Howard W. Hunter, then President of the Quorum of the Twelve Apostles, was the main speaker at a CES fireside being broadcast from the Marriott Center at BYU. The evening began in the expected way, with an opening song and an eager crowd, many of whom were probably poised with pen in hand ready to take notes and learn from an apostle of the Lord.

After being formally introduced, Howard W. Hunter approached the pulpit and, within less than a sentence of sharing his address (on the topic of adversity), screams were heard from the audience. A 27-year-old man had jumped the security barrier and run onto the stage, carrying a briefcase and brandishing what appeared to be a detonator. He shouted to the audience that he had a bomb and they had to do what he said.

The live broadcast of the fireside was immediately cut off, so the footage is limited, but it’s truly a shocking moment even to partially witness:

The young man approached President Hunter and told everyone else to clear the stand, which they did, except for two church security officers that refused to leave President Hunter’s side. The assailant then presented a letter and demanded that President Hunter read it to the audience of 17,000 who watched helplessly with baited breath.