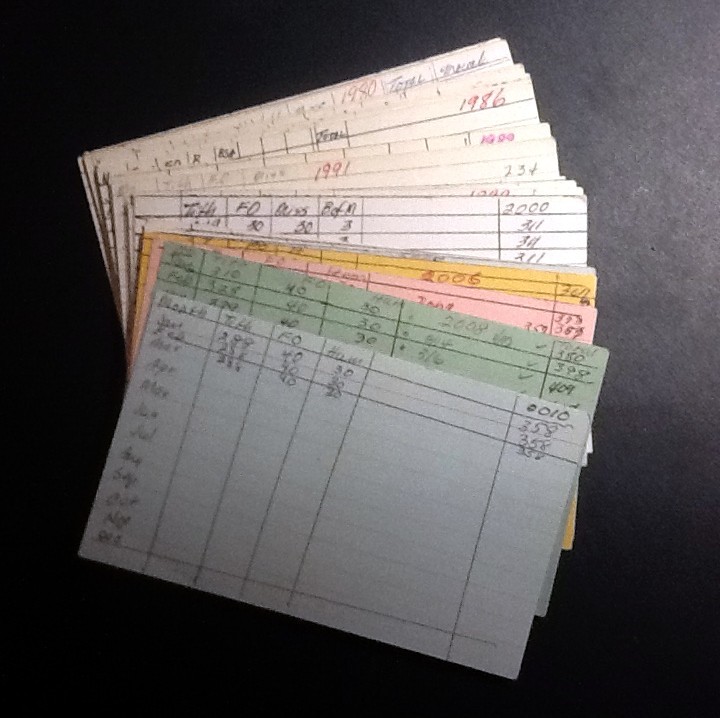 What I Learned about My Aunt from Her Tithing Record

When it became clear that my aunt – the Sister Missionary of this series – would not recover sufficiently from her stroke to live independently again, a cousin and I cleared out her house in preparation to sell it and its contents to support our aunt in whatever time she had left. I learned a lot about this woman I had known all my life, through sorting through her belongings – that she watched late-night television and bought too many useless wonders from pitchmen; that she had cared enough about her multitudinous church service missions to save the certificates, but not enough to keep them neatly in one place; that although she did have a vast collection of margarine tubs, she had done better than many elderly people and had not hoarded plastic bags or string or rubber bands.

I flipped through her recipe box to see if it was something I wanted to save, and indeed did find recipe cards in my grandmother’s hand, and some in my aunt’s hand, well splattered from long-ago baking sessions. And in the same box, I found a stack of cards that had nothing to do with baking.