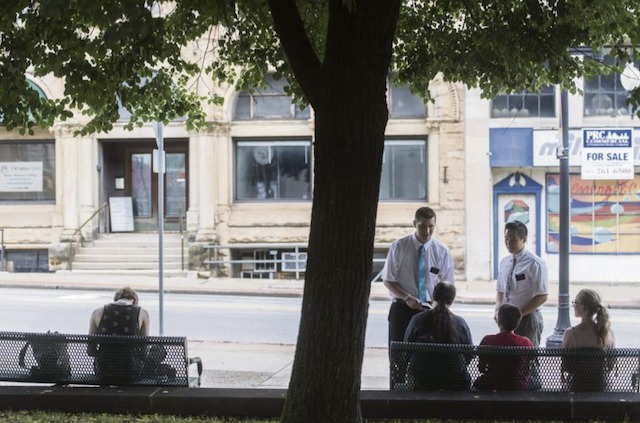 What Led an Atheist to Embrace the Gospel, Become a Mormon Missionary

Until a few years ago, Elder Dairong Li didn't believe there was a life after this one. “We just believe life is life. You live and then you go," he shared with triblive.com. But that all changed when Li and his mother met with Mormon missionaries.

Growing up as an atheist in China, Dairong Li never imagined that one day he'd be standing on the street corner of an American city proclaiming the truth of Mormonism.

Elder Li, as he is now called, recently found himself explaining the finer points of Joseph Smith's biography to a woman and her two children sitting in front of the Westmore­land County Courthouse in downtown Greensburg.

“So when Joseph Smith had a question, he read from the Bible where it says, ‘He who lacks wisdom, let him ask of God,' ” Li said. “He was guided under the direction of Jesus Christ and brought back the original church.”

Li, 23, and his fellow missionary, Elder Dane Williams, 19, of Spanish Fork, Utah, did not gain a convert that day, but they made arrangements to follow up with the woman on Facebook.

It was a similar encounter three years ago in Los Angeles that started Li on his journey to the Church of Jesus Christ of Latter-day Saints.

Read the rest of this story at triblive.com