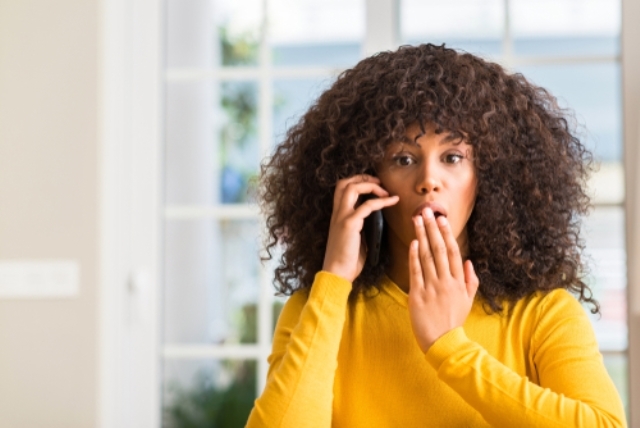 What President Packer Had to Say About Profanity

A number of years ago I went with a brother to tow in a wrecked car. It was a single-car accident, and the car was demolished; the driver, though unhurt, had been taken to the hospital for treatment of shock and for examination.

The next morning he came asking for his car, anxious to be on his way. When he was shown the wreckage, his pent-up emotions and disappointment, sharpened perhaps by his misfortune, exploded in a long stream of profanity. So obscene and biting were his words that they exposed years of practice with profanity. His words were heard by other customers, among them women, and must have touched their ears like acid.

One of my brothers crawled from beneath the car, where he had been working with a large wrench. He too was upset, and with threatening gestures of the wrench (mechanics will know that a sixteen-inch crescent wrench is a formidable weapon), he ordered the man off the premises. “We don’t have to listen to that kind of language here,” he said. And the customer left, cursing more obscenely than before.

Much later in the day he reappeared, subdued, penitent, and avoiding everyone else, he found my brother.

“I have been in the hotel room all day,” he said, “lying on the bed tormented. I can’t tell you how utterly ashamed I am for what happened this morning. My conduct was inexcusable. I have been trying to think of some justification, and I can think of only one thing. In all my life, never, not once, have I been told that my language was not acceptable. I have always talked that way. You were the first one who ever told me that my language was out of order.”

► You'll also like: Is It Ever Okay to Swear? What a Prophet Had to Say About It

The Havoc of Profanity

Isn’t it interesting that a man could grow to maturity, the victim of such a vile habit, and never meet a protest? How tolerant we have become, and how quickly we are moving. A generation ago writers of newspapers, editors of magazines, and particularly the producers of motion pictures carefully censored profane and obscene words.

All that has now changed. It began with the novel. Writers, insisting that they must portray life as it is, began to put into the mouths of their characters filthy, irreverent expressions. These words on the pages of books came before the eyes of all ages and imprinted themselves on the minds of our youth.

Carefully (we are always led carefully), profanity has inched and nudged and pushed its way relentlessly into the motion picture and the magazine, and now even newspapers print verbatim comments the likes of which would have been considered intolerable a generation ago.

“Why not show life as it is?” they ask. They even say it is hypocritical to do otherwise. “If it is real,” they say, “why hide it? You can’t censor that which is real!”

Why hide it? Why protest against it? Many things that are real are not right. Disease germs are real, but must we therefore spread them? A pestilent infection may be real, but ought we to expose ourselves to it? Those who argue that so-called “real life” is license must remember that where there’s an is, there’s an ought. Frequently, what is and what ought to be are far apart. When is and ought come together, an ideal is formed. The reality of profanity does not argue for the toleration of it.

Like the man in the shop, many of us may never have been told how serious an offense profanity can be. Ere we know it we are victims of a vile habit—and the servant to our tongue. The scriptures declare:

“Behold, we put bits in the horses’ mouths, that they may obey us; and we turn about their whole body.

“Behold also the ships, which though they be so great, and are driven of fierce winds, yet are they turned about with a very small helm, whithersoever the governor listeth.

“Even so the tongue is a little member, and boasteth great things. . . .

“For every kind of beasts, and of birds, and of serpents, and of things in the sea, is tamed, and hath been tamed of mankind:

“But the tongue can no man tame; it is an unruly evil, full of deadly poison.

“Therewith bless we God, even the Father; and therewith curse we men, which are made after the similitude of God.

There is no need for any of us to use profanity. Realize that you are more powerful in expression without it. The disease of profanity, now in epidemic proportions, is spreading across the land, and so, in His name, we pray that a purity of heart might descend upon us, for out of the abundance of the heart the mouth speaketh. 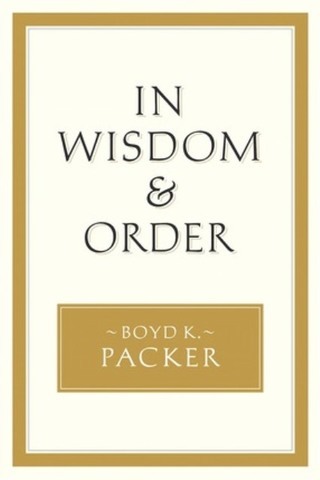 For more counsel from this beloved apostle, check out In Wisdom & Order by Boyd K. Packer, available at Deseret Book stores and deseretbook.com.