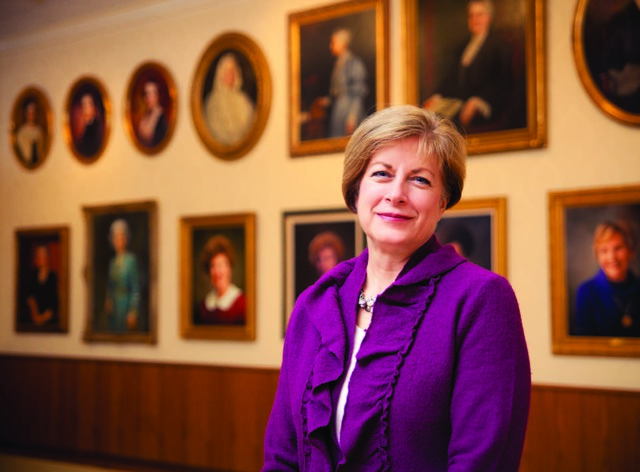 What Sister Julie B. Beck Wished Women in the Church Better Understood

Sister Beck often hears women in the Church express concern that they don’t fit in with the other sisters. But she believes those feelings of isolation are often self-inflicted. “We tend to put the labels on ourselves,” she says. “The Church doesn’t, and loving leaders definitely don’t—we’re just focused on our own experience.”

In fact, “worldwide, the majority of women in Relief Society are under the age of 30,” she explains. “About half of all women are single, and the rest will probably be single at some point for one reason or another. Relief Society is for everybody. Relief Society is a society that is distinct and separate for women who’ve made covenants and are helping each other keep them. That’s what makes it possible for my daughter to move 14 times in 13 years and belong everywhere she goes. It makes it possible for my niece to live in 7 countries in 10 years and fit in.” 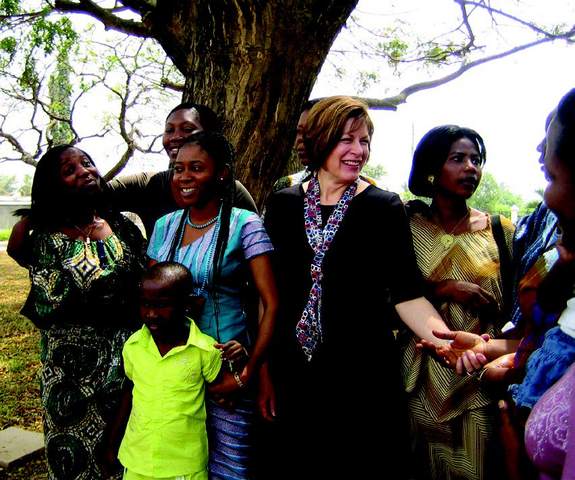 From her travels around the world when she served as Relief Society president, Sister Beck has learned that even though women describe themselves as a certain nationality or certain experience, such as being single or divorced, LDS women everywhere have a true desire to be happy. “Sisters want to please the Lord,” she says. “They’d like to have things more perfect than they are. I’ve also learned that life is pretty hard for most women around the world—from the lady on the farm in Africa living with in the dirt floor and a stick house to the woman in Hong Kong living in a high rise penthouse apartment, there’s not a lot that separates them heart to heart. Life is still hard for the sister in the penthouse.”

Not only do LDS women struggle to fit in with each other, but with the rest of the world. To address this concern, Sister Beck quickly flips to page 95 in her well-worn copy of Daughters in My Kingdom: The History and Work of Relief Society and shares the following quote from President Spencer W. Kimball:

“We’re not weird,” Sister Beck assures. “We’re not strange. We’re distinct, and we have stature in happy ways.”

During her five years as Relief Society general president, Sister Beck learned a lot about the needs of LDS women and hopes they can gain a greater understanding of certain principles.

“I wish [women in the Church] better understood who they are and what those covenants they make empower them to do and to become,” she says. “We have it all—we just don’t live up to our privilege.” She continues, “I wish they knew how loved they were by the Lord and a lot of other people. Each of them is so important. And I wish they knew their responsibility—their inescapable responsibility. With the gift of who you are, the other end of that stick is that you are responsible for that identity. It isn’t a free gift.”

Sister Beck has also learned a lot about herself and the divine purpose of Relief Society.

“I know a lot more now about how the Lord speaks to us and how He wants to help us if we qualify for that help,” she says. “I know more about how He feels. And I know how to feel after Him more than I used to—it’s a privilege I’m still trying to hold up to, but it is the most delicious feeling.”

She continues, “I have a testimony that Joseph Smith went into a grove of trees in New York State and prayed and received an answer, and as a result, the Lord’s Church was restored. All the keys and ordinances we need to get back to our Father in Heaven reside in this Church. I have a testimony of prophets, seers, and revelators. I have a testimony of how Heavenly Father sees me in His plan, that I’m an essential half—the female half—of His plan. I know the Church is true and that Relief Society is part of it. It’s an important part of our identity as LDS women. We’re just starting to become a worldwide sisterhood that has all the scope for the imagination and inspiration the Lord would give us. We’re just starting to work in tandem with Heavenly Father’s sons in a unified way. We’re just getting a glimpse of what that would be. It’s not about who is the most special—our unity is where we access the power in our lives. It’s an amazing thing to see and be part of.”

This article was originally published in 2012 while Sister Beck was still serving as General Relief Society President.