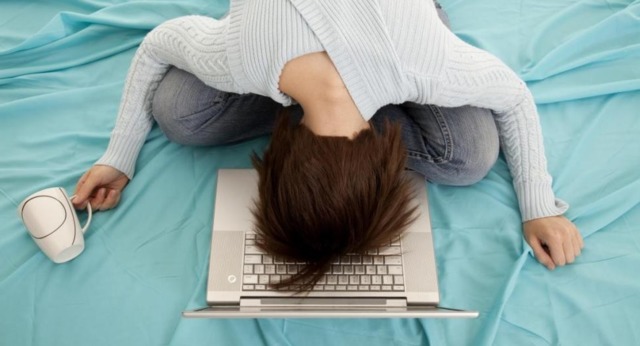 What Venting About my Husband on Facebook Taught Me 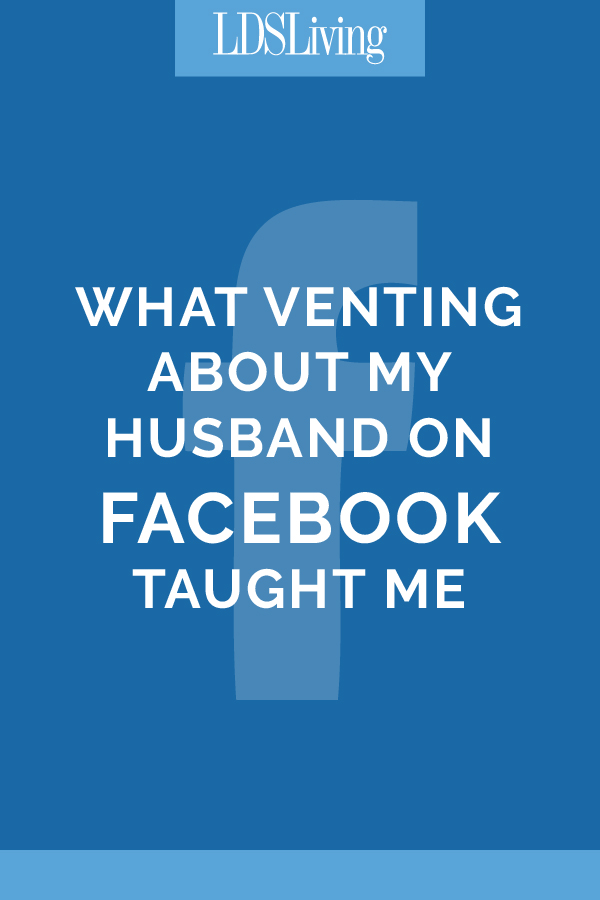 In 2013, a study came out linking Facebook to divorce. Only two years before that in 2011, we learned that one-third of divorces now mention Facebook in the proceedings, up from one-fifth in 2009.

I can’t recall what exactly I posted, but I do remember that my husband and I’d had a disagreement and that I decided to vent about my perspective on my Facebook wall. I took precaution to make sure he was excluded from the posting (so he couldn’t see my rant), but anyone else I was Facebook friends with—my friends, my husband’s friends, our family members—could check their newsfeed and know that we were arguing, and that I was upset.

Thankfully, instead of validating my anger, the very first comment went something like this: “Not sure that this is something appropriate for you to put on Facebook.”

That put my brakes on. Fast. I hadn’t even thought for five seconds about what I was doing. I had gone from verbal disagreement in the privacy of my home to disparaging my husband on a public forum in ten minutes, tops.

Of course, I took down the post almost immediately, feeling incredibly chagrined. But I also still didn’t feel heard. And that left me feeling very alone as I wondered, who can I go to when I’m having a disagreement with my spouse? President Kimball taught newlyweds: “Being human, you may someday have differences of opinion resulting even in little quarrels. Neither of you will be so unfaithful to the other as to go back to your parents or friends and discuss with them your little differences. That would be gross disloyalty. Your intimate life is your own and must not be shared with or confided in others.”

But sometimes repeating the same silly argument over and over with my husband hurts more than it helps. Sometimes I really just need someone outside of the situation to listen to me and tell me that my opinion is acceptable so that I can get over it and move on without drawing out the painful disagreement.

Though I certainly shouldn’t be venting to 500 of my closest “friends,” there has to be someone I can go to. Doesn't there?

I’ve heard specific marriage advice that we should never tell our parents when we’re fighting with our spouses. This is because when we end up resolving the disagreement and forgiving one another, our parents aren’t part of that process. Instead, all they know is that we were hurt, and even if we explain to them that we have forgiven our spouse, our parents still might not forgive them. This goes for siblings, aunts, uncles, and other family members, too.

How about close friends, then? To me, this is almost as inappropriate as my Facebook post; like President Kimball said, friends don’t have any place in a dispute between spouses, no matter how superficial. If one spouse ever finds out the other took the argument to a friend, it could permanently damage their trust. And venting to friends also puts them in an awkward situation: do they join “our side,” or do they try to defend the spouse they know we love but are having a hard time with in this moment?

So maybe the answer is to just tell no one. Maybe we should write it down on a piece of paper and throw it out. But, at least for me, talking into a void still doesn’t make me feel heard. Sometimes all I need is acknowledgement and then everything will be fixed. Sometimes I need someone to help me feel heard.

But to whom do I go?

If you figured it out already, you’re smarter than I am. I struggled with this for years in my marriage before I realized that the answer is obvious: we do have a friend, a family member that we can talk to about all our problems—our Heavenly Father.

In a 2006 Ensign article for newlyweds, BYU professor of Family Life Brother Richard B. Miller taught: "As we prayerfully seek help from our Father in Heaven, problems can often be resolved without hurting anyone’s feelings." There’s no one more appropriate to confide in. After all, Heavenly Father is the third member of the covenant we make when we are sealed to our spouses. And we are promised: "Whosoever shall put their trust in God shall be supported in their trials, and their troubles, and their afflictions."

Why did I ever think that I could get that anywhere else.