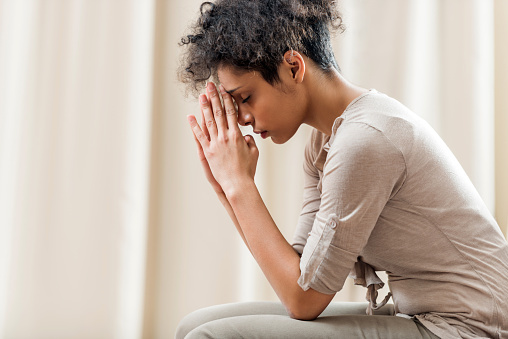 What We Know About Discerning Between Good and Bad Spirits

Some angels are on God's errand; some are from the realm of Satan himself. “Believe not every spirit,” John counseled, “but try the spirits whether they are of God: because many false prophets are gone out into the world” (1 John 4:1). The problem that most men have is to discern the spirits so that they may know what is of God and what is not.

Try the spirits. But how? By what test can it be known whether they are of God or the devil? If a messenger appears from the unseen world, how can one know if it is a good spirit or an evil spirit? When there are trances, tongues, visions, or apparent miracles, are they from above or below? When a doctrine is proclaimed or a religion preached, how shall we know whether it is true or false?

To some extent, everyone is given a gift of the spirit of discernment. This ability is conferred upon people generally by operations of the Light of Christ (see Moroni 7:12–18). In addition to this universal gift, faithful Saints receive special discerning power through revelation from the Holy Ghost (see D&C 63:41).

The Apostle Paul gives instruction concerning spiritual gifts. He specifically lists the “discerning of spirits” as a gift of the Spirit (see 1 Corinthians 12:10). Modern revelation says, “to some is given, by the Spirit of God . . . the discerning of spirits” (D&C 46:17, 23). The only sure way to distinguish between good and evil (Moroni 7:12–18), between righteousness and wickedness (D&C 101:95; Malachi 3:18; 3 Nephi 24:18), or between evil spirits and those spirits that manifest the things of God is by the promptings of the Holy Ghost. There is no perfect operation of the power of discernment without revelation from God. That is why the righteous are given the gift of the Holy Ghost (see Joseph F. Smith, Gospel Doctrine, 61).

We might well look to the Prophet Joseph Smith as an example without peer in the matter of manifestations and angels. “We may look for angels and receive their ministrations,” he said, “but we are to try the spirits and prove them, for it is often the case that men make a mistake in regard to these things. . . . When you see a vision, pray for the interpretation; if you get not this, shut it up; there must be certainty in this matter. . . . Lying spirits are going forth in the earth. There will be great manifestations of spirits, both false and true” (TPJS, 161). He gives us the key to the whole matter: “The devil may appear as an angel of light. Ask God to reveal it . . . if it be of . . .God, He will . . . make it manifest” (ibid., 162). The following is abstracted from one of the Prophet's lengthy statements on the subject.

One great evil is, that men are ignorant of the nature of spirits; their power, laws, government, intelligence, etc., and imagine that when there is anything like power, revelation, or vision manifested, that it must be of God. . . . Is there any intelligence communicated? Are the curtains of heaven withdrawn, or the purposes of God developed? . . .

Every one of these professes to be competent to try his neighbor's spirit, but no one can try his own, and what is the reason? Because they have not a key to unlock, no rule where-with to measure, and no criterion whereby they can test it. . . . We answer that no man can do this without the Priesthood, and having a knowledge of the laws by which spirits are governed; for as no man knows the spirit of the devil, and his power and influence, but by possessing intelligence which is more than human, and having unfolded through the medium of the Priesthood the mysterious operations of his devices; . . .

A man must have the discerning of spirits before he can drag into daylight this hellish influence and unfold it unto the world in all its soul-destroying, diabolical, and horrid colors; for nothing is a greater injury to the children of men than to be under the influence of a false spirit when they think they have the Spirit of God. Thousands have felt the influence of its terrible power and baneful effects. Long pilgrimages have been undertaken, penances endured, and pain, misery and ruin have followed in their train; nations have been convulsed, kingdoms overthrown, provinces laid waste, and blood, carnage and desolation are habiliments in which it has been clothed.

As we have noticed before, the great difficulty lies in the ignorance of the nature of spirits, of the laws by which they are governed, and the signs by which they may be known; if it requires the Spirit of God to know the things of God; and the spirit of the devil can only be unmasked through that medium, then it follows as a natural consequence that unless some person or persons have a communication, or revelation from God, unfolding to them the operation of the spirit, they must eternally remain ignorant of these principles; for I contend that if one man cannot understand these things but by the Spirit of God, ten thousand men cannot; it is alike out of the reach of the wisdom of the learned, the tongue of the eloquent, the power of the mighty (TPJS, 203–206).

There are two spirits abroad in the earth. One is of God; the other is of the devil. The spirit that is of God leads to light, truth, freedom, and every good thing. The spirit that is of Lucifer leads to darkness, error, bondage, and every evil thing. They are at enmity one with another, with conflict between them. The “power” of one is the “spirit” “that now worketh in the children of disobedience” (Ephesians 2:2). The other is “revealed” by the Spirit of God. And no man knoweth “the things of God” but by “the Spirit of God” (1 Corinthians 2:11). 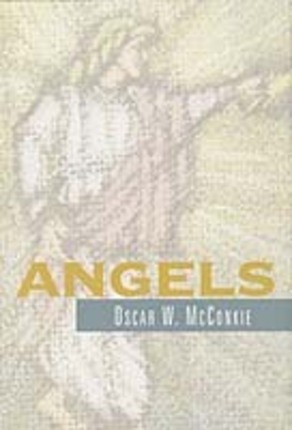 Because of the role played by angels in the restoration of the gospel, members of the Church have a unique perspective on angelic beings. And in this reprint of a classic study on angels, published originally in 1975, Oscar W. McConkie explores in careful detail what is known for sure about heavenly messengers. Documenting the myriad visits to earth by angels and testifying of their reality, Brother McConkie declares that the beings sent by God to minister to the inhabitants of the world play a vital role in our eternal destiny. Indeed, he concludes, 'our very salvation is contingent upon angels!'