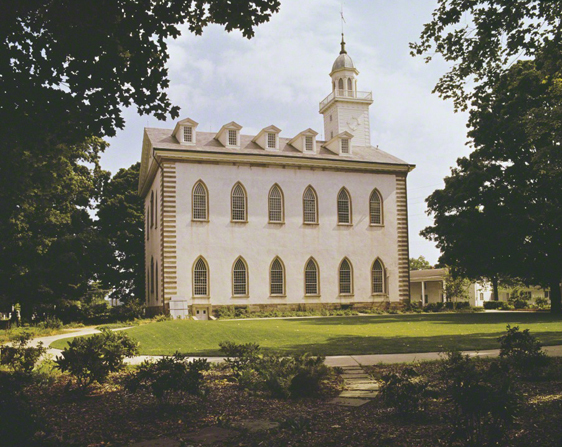 The Kirtland Temple endowment was central to the Lord’s purpose for bringing His Saints to Kirtland. Understanding varies, however, regarding what the Lord meant when He promised such a blessing. The one thing historians seem to agree on is that the Kirtland endowment included a great spiritual outpouring—a pentecost. By tracing the thread of this promised endowment through the Kirtland period, it becomes evident that this great spiritual outpouring was not the endowment but only an outward manifestation that accompanied it.

► You'll also like: John Taylor's Pocket Watch Saving His Life + Other Popular Myths About the Early Church You Thought Were True

The endowment as known today was not completed in the Kirtland Temple. But initial ordinances were introduced that constituted what the Kirtland Saints referred to as the “endowment.”1 The Kirtland Temple endowment consisted of sacred ordinances that required significant personal and physical preparation. After the final ordinance of the endowment was administered, Moses, Elias, and Elijah appeared to Joseph Smith and Oliver Cowdery. These ancient revered prophets bestowed priesthood keys upon them that gave the Lord’s authorization for the elders to disseminate the gospel to “foreign lands,” where Latter-day Saints everywhere would eventually build temples and “greatly rejoice” as they conducted sacred temple ordinances that were begun in the Kirtland Temple.2

Missionaries repeatedly had been sent to other states and nearby areas of Canada before 1836, but they could not and did not go throughout the world until after they had received the endowment of power promised them by the Lord. The endowment at Kirtland was accompanied by the same great manifestations of the Spirit that were present on the New Testament day of Pentecost.

Semantics becomes an obstacle in understanding the Kirtland endowment. In a general sense, any outpouring of the spirit, granting of a blessing, or even bestowing of priesthood offices could be viewed as an endowment. The meaning of the word endow is “to enrich or furnish with any gift, quality or faculty.”3 As an example of its general usage, prayers are often petitions to the Lord to endow us with power or spirit to carry out assignments.

However, as will be explained, the Lord did not consider this broad meaning to be the promised Kirtland endowment. This endowment consisted of more than great spiritual outpourings or even priesthood ordinations.

On November 3, 1835, the Lord commanded the Twelve to “prepare their hearts for the solemn assembly.”4 Nine days later Joseph told them that they had to be worthy as well as prepared. He said, “Strive to be prepared in your hearts, be faithful in all things, that when we meet in the solemn assembly . . . we must be clean every whit.”5 In December, Joseph prayed for the Twelve, asking that the Lord would see “them worthy to be called into Thy solemn assembly.”6 It seems that the task of instructing and preparing Church leaders and members weighed heavily on Joseph’s mind. In January the beleaguered Prophet recorded, “I returned to my house, being weary with continual anxiety and labor, in putting all the authorities in order, and in striving to purify them for the solemn assembly, according to the commandment of the Lord.”7 The Lord then gradually revealed to Joseph those whom He would invite to attend the solemn assembly. Joseph said, “God shall name out” those who would be invited to attend.8

► You'll also like: 2 Words That Help Us Understand the Symbolism of Temple Garments

On January 21 an ordinance of endowment, anointing with oil, was introduced in Joseph’s upper office in the temple. On January 24, Joseph records that he “met the Presidency . . . and counseled on the subject of endowment, and the preparation for the solemn assembly, which is to be called when the house of the Lord is finished.”9 It seems that at this point, attention turned beyond the upcoming dedication of the temple to the solemn assembly, which was to be held three days after the dedication. The solemn assembly was a unique meeting that originated in Old Testament times. In the Kirtland solemn assembly, the sacrament was distributed, the ordinance of washing of feet was administered, and Joseph instructed the priesthood as to their duties. It also marked the greatest outpouring of the Spirit, greater than in any previous meeting.

Journals of 1836 and 1837 indicated characteristics of the initial endowment that are seen in temple practice today:

The endowment was apparently not bestowed on the same individual twice. Wilford Woodruff was absent in 1836. He records that ordinances were repeated in 1837 “for those that were not endowed . . . in the spring of 1836.”10

Missionaries received their endowment and then left on their missions. George A Smith, Truman O. Angel, and Artemus Millet were among those missionaries.

Receiving the endowment required personal preparation and worthiness. W. W. Phelps wrote to his wife, Sally, of this preparation, saying, “We are preparing [to receive an endowment] to make ourselves clean, by first cleansing our hearts, forsaking our sins, forgiving every body, all we ever had against them . . . and by Keeping all the commandments. As we come nearer to God we see our imperfections and nothingness plainer and plainer.”11

Approaching the Lord in His temple meant being dressed in a way appropriate to entering into His presence. W. W. Phelps made special mention of this to Sally. He related, “We are preparing . . . by . . . putting on clean decent clothes.”12

Many other journals made general reference to the endowment. Some, such as journals by Benjamin Brown, Zerah Pulsipher, William Hyde, and Truman O. Angel, referred to the Kirtland endowment as a “first” endowment.

The Kirtland endowment was indeed a powerful fulfillment of the Lord’s promise in gathering His Saints there; however, it should not be confused with the expanded endowment given in Nauvoo. Orson Pratt explained:

"The Lord begins little by little; he does not reveal everything all at once. He gave the pattern of these things in Kirtland, Ohio, as the beginning; but there were not rooms for the washings, no rooms such as we have now, and such as were prepared in the Nauvoo Temple; and in other respects, there was something added to the Nauvoo Temple. Why; Because we had greater experience, and were prepared for greater things. There was no font in the basement story of the Kirtland Temple, for baptismal purposes in behalf of the dead? Why not! Because that principle was not revealed."13

Brigham Young confirmed that the Kirtland endowment was preparatory to the Nauvoo endowment. He said, “Those first Elders . . . received a portion of their first endowments, or we might say more clearly, some of the first, or introductory, or initiatory ordinances, preparatory to an endowment.”14 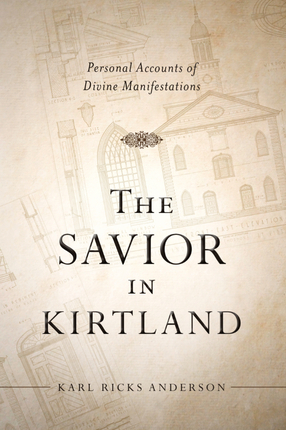 Learn more about the Kirtland endowment and other significant events the Saints experienced in Ohio in The Savior in Kirtland: Personal Accounts of Divine Manifestations by Karl Ricks Anderson.

Church history is filled with amazing stories of courage and divine inspiration, but often we skip over the profound events that happened to the Saints in Kirtland, Ohio. In this volume, author Karl Ricks Anderson brings to light unparalleled events and divine manifestations that were given during those early years of the Restoration. In Kirtland, the Savior personally directed His Church and taught His Saints by appearing to at least twenty-three Church leaders or by speaking to them. Brother Anderson points out that more first-person words of the Lord have gone out to the world from Kirtland than from any other location in the history of The Church of Jesus Christ of Latter-day Saints.

1. The term endowment as used in this chapter refers to ordinances performed in the Kirtland Temple. They were referred to scripturally and by 1830s Saints essentially as “an endowment” or “the endowment.” They are not what Saints today refer to as “the endowment,” which has grown to include expanded instruction, among other things. The Kirtland ordinances of endowment might be more generally included today under the category of initiatory ordinances.