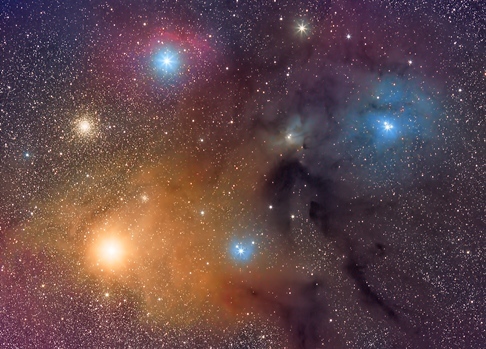 What We Know About the Preexistence from the Book of Abraham

Preexistence in the Scriptures

In some scriptures, certain prophets are seen as existing before they were born. In Jeremiah 1:5, God tells Jeremiah, “Before I formed the in the belly I knew the; and before thou camest forth out of the womb I sanctified thee, and I ordained thee a prophet unto the nations” (Jeremiah 1:5). Thus, Jeremiah was known of God before he was born or even conceived. Jeremiah, however, is a prophet. Alma, the high priest, was not just any elder of the church, but the head of the church (Alma 4:16-20; 8:11).

What is exceptional about the discussion of the preexistence in the Book of Abraham is that it places not just Abraham in a preexistent state but others as well. Abraham is shown the spirits “that were organized before the world was; and among all these there were many of the noble and great ones” (Abraham3:22). God then tells him, “Abraham, thou art one of them; thou wast chosen before thou wast born” (Abraham 3:23). It was proposed that this world would be created to “make an earth wereon these [spirits] may dwell” (Abraham 3:24). This implies that the spirits who dwell on earth were present in that premortal meeting.

Only a few other scriptures explicitly say that humans had a preexistent state. One is Doctrine and Covenants 93:29, which states, “Man was also in the beginning with God.” Moses 3:5 mentions in passing that “I, the Lord God, had created all the children of men; and not yet a man to till the ground; for in heaven I created them; and there was not yet flesh upon the earth.” Joseph F. Smith’s vison of the redemption of the dead builds upon these concepts (D&C 138:53, 56).

Of all the scriptures talking about the preexistent state, the Book of Abraham is unique in including the whole human race as part of the premortal gathering. The Book of Abraham says that not just Jesus or some prophet had a premortal life, but that every person on earth did as well.

The Purpose of Life

The Book of Abraham tells not only of the human family’s premortal existence, but in the short scope of three verses it outlines a clear plan and purpose for this mortal existence.

An Earth Would Be Created

We will go down, for there is space there,

and we will take these materials,

and we will make an earth whereon these may dwell;

And we will prove them herewith;

God shall command them;

Those Who Did Would Receive a Glorious Reward

And they who keep their first estate shall be added upon;

the same kingdom with those who keep their first estate;

and they who keep their second estate shall have glory added

Latter-day Saints use other scriptures to flesh out more details to this bare outline of what they tern the plan of salvation, but the Book of Abraham provides the outline.

The idea of the preexistence ad the attendant plan of salvation, originating in the Book of Abraham, has been significant and pervasive in Latter-day Saint culture. It appears in popular children songs:

“I lived in heaven a long time ago, it is true. Lived there and loved there with people I know. So did you. Then Heav’nly Father presented a beautiful plan, all about the earth and eternal salvation for man” [2].

“Faith is knowing I lived with God before my mortal birth” [4].

“My life is a gift; my life has a plan. My life has a purpose; in heav’n it began. My choice was to come to this lovely home on earth and seek for God’s light to direct me from birth. I will follow God’s plan for me” [5].

“The Lord gave me a temple to live within on earth. Once in Heaven I was a spirit, but I left my home at birth” [6].

It also appears in hymns: “For a wise and glorious purpose, thou has sent me here on earth, and withheld the recollection of my former friends and birth. Yet oft times a secret something whispers, ‘You’re a stranger here.’ And I felt that I had wandered from a more exalted sphere” [7].

Besides music used in worship services, the idea of the preexistence has been utilized in all sorts of Latter-day Saint popular culture, from novels, to plays, to musicals, to kitsch. The ideas are ubiquitous among Latter-day Saints. 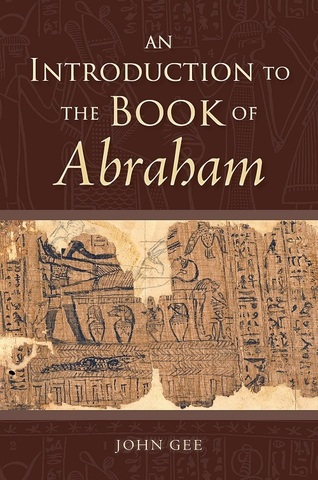 When the Book of Abraham was first published to the world in 1842, it was published as “a translation of some ancient records that have fallen into [Joseph Smith’s] hands from the catacombs of Egypt, purporting to be the writings of Abraham while he was in Egypt, called ‘The Book of Abraham, Written by his Own Hand, upon Papyrus.’” The resultant record was thus connected with the papyri once owned by Joseph Smith, though which papyrus of the four or five in his possession was never specified. Those papyri would likely interest only a few specialists except that they are bound up in a religious controversy. This controversy covers a number of interrelated issues, and an even greater number of theories have been put forward about these issues. Given the amount of information available, the various theories, and the variety of fields of study the subject requires, misunderstandings and misinformation often prevail. An Introduction to the Book of Abraham makes reliable information accessible to the general reader.