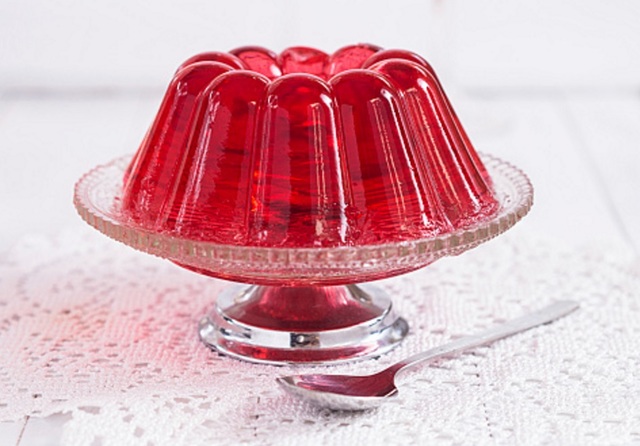 What You Didn't Know About Mormons and Jell-O

You may have thought you knew everything there is to know about the jiggly, sweet treat known as Jell-O.

It is, after all, a staple at every Mormon gathering and Utah's very own state snack.

But the gelatinous treat and its many salads have a history that not many people know of.

1. Jell-O Was Originally a Treat Only the Rich Could Afford

It's hard to believe the 99 cent boxes of gelatin and artificial flavors found at grocery stores was once associated with high-end French cuisine in the early 1900s.

In an interview with KSL, Christy Spackman, an expert on the history of Jell-O, mentions that Georges Auguste Escoffier, a renown French chef, restaurateur, and cookbook author, used gelatin in a dish with fish and vegetables.

According to aSlate article by Christy Spackman, Ph.D., gelatin only became popular with the masses in the mid-1900s thanks to the refrigerators, gelatin powder, and mass packaging that made it more affordable.

But in the 1980s Jell-O sales began to decline. To help appeal to mothers with small children, General Foods created Jigglers, a finger-food form of Jell-O, which became a hit with families, including Mormon families.

In less than a century, gelatin went from being a food only the rich could afford to a beloved finger-food popular with children of all economic levels.

► You'll also like: 9 Things You Should Never Do with Jell-O

2. Jell-O Was Meant to Be a Weird Salad

You may have seen various fruits or vegetables included in a Jell-O salad at a potluck and thought it was odd, but that's actually how gelatin was meant to be served.

In the Joys of Jell-O, a 1963 cookbook, there are recipes that call for cheeses and meats to be included in a Jell-O salad, according to KSL.

And a 1954 edition of Better Homes and Gardens  even included a recipe for "Lime Cheese Salad" that included green Jell-O, mayonnaise, and seafood. 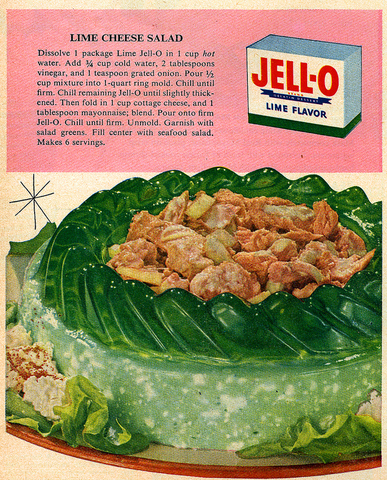 Rather elaborate and time-consuming, these salads gradually lost popularity with a more fast-paced society and became associated with more formal occasions. But sometimes old-fashioned Jell-O salads still make their way to Mormon gatherings.

So although Jell-O makes for a sweet treat, it was also meant to be something a little more savory and complex than an occasional dessert.

3. Utah Was Not Always the No.1 Consumer of Jell-O

During the 2002 Winter Olympics in Salt Lake City, some visitors sought after green Jell-O as a memento of the games and of Utah culture.

And while it's true Utahns do buy a lot of Jell-O, Des Moines, Iowa, once beat out Salt Lake City.

As a way to commemorate the 100th anniversary of the Jell-O brand, General Foods launched a survey to find out which city had the most sales per capita of Jell-O. Salt Lake City was the No.1, until two years later when Des Moines, Iowa, took the coveted spot.

To show their devotion for the gelatin treat, Utahns rallied to "Take Back Jell-O" and took back the title in 2001 and Jell-O officially became the state snack in 2002.

And in case anyone would ever question Utah's love of the treat again, the second week in February officially became known as Jell-O Week in 2001.

4. Mormons Are Not the Only Religion Associated with Jell-O

With all this ado about Jell-O in Utah, a state known for its population of Latter-day Saints, Jell-O gradually became associated with Mormons although other religions like Lutherans and Methodists also associate themselves with the treat, according to Spackman's article.

But the idea that Mormons eat Jell-O because they can't have alcohol or smoke is just a myth. Jell-O was marketed to families and Mormons are all about families.

In fact, why Mormons and other religions are associated with Jell-O has less to do with the food and more to do with what it symbolizes.

"In adopting and making Jell-O 'their' food, Mormons (or Lutherans or Methodists) are making a statement about their identity, accepting all of the food’s positive connotations of family-friendliness, child-centeredness, and domesticity. Outsiders, in contrast, often look in and see Jell-O as a mark of a lack of taste that renders this group strange, immature, and ultimately mockable," Spackman writes.

So the next time you sit down to a heaping scoop of Jell-O salad, you'll know that there's more to this wiggly dish that meets the eye.

Lead image from Taste of Home