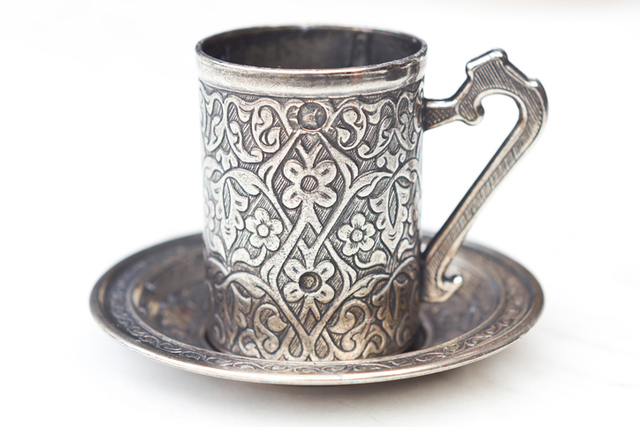 Ever wonder how the sacrament cups we use today came to be? The story may surprise you.

A hundred years ago when the Church first began, there were no sacrament cups.

There was only a sacrament cup.

When the Church was officially organized in 1830, it was natural for members to drink from a communal cup during sacrament services. But by the early 1900s, many Church members were beginning to question whether a common sacrament cup was sanitary.

At one point, members encouraged parents to not give the sacrament to their dewy-lipped children, according to the article "'All Progressive Wards Are Buying': The Individual Sacrament Cup" from the BYU Religous Studies Center. It was also not uncommon for the cup's contents to be flavored by tobacco, peppermint, or strongly-flavored foods the members had eaten before church services began, and many young women of the time would often refuse to drink out of the sacrament cup after "full-bearded old men."

Curious as to the extent of the sacrament cup's role in spreading diseases, the Murray First Ward finally had the remains of their sacrament cup tested and found evidence of six contagious diseases.

In March 1916, the Murry First Ward members sent a petition to Church headquarters with three pages of signatures saying, “We feel that another Sunday should not pass until we can abolish this most unsanitary practice."

They also attached a receipt of the modern-day equivalent of $1,400—the cost of buying their own individual sacrament cups. But the Murray ward wasn't the only ward that petitioned to abolish the common sacrament cups.

It wasn't until the Spanish influenza epidemic hit Utah in 1918, with more than 1,500 cases and 717 deaths reported in just four weeks, that a mass change in opinions on the sacrament cups occurred. Under the direction of new Church President Heber J. Grant, (former vice president of the Utah Public Health Association), the transition to individual cups was accelerated until it became a widespread practice.

Today, we accept individual sacrament cups as the norm. But whether metal, plastic, or paper, we're grateful to partake of the sacrament each week—in both a sacred and sanitary way.