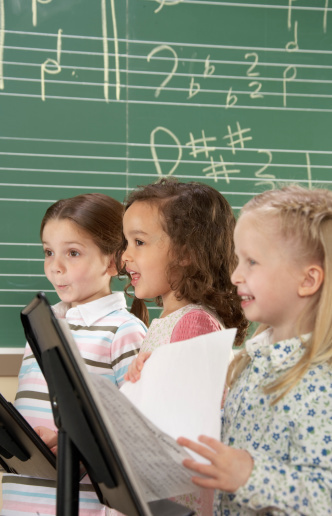 What You Didn't Know About Your Favorite Primary Songs

This hymn by Janice Kapp Perry came in first place with 709 votes. But it isn’t the first time it’s won a contest. When Sister Perry wrote it for a song contest in 1980, it won first place! It was the first counter-melody song (two separate melodies overlayed with each other) that she wrote, but it wouldn’t be the last. She went on to write other beloved songs like “A Child’s Prayer” and “We’ll Bring the World His Truth.”

Listen to the story of this song in her own words—and the Mormon Tabernacle Choir perform it—in this video:

Not to be outshone by its predecessor, “A Child’s Prayer” came in second place in our poll. Sister Perry wrote this one as well. In fact, she felt strongly (and fought hard) to keep the language of this song childlike and not in sync with our typical prayer language of "thee" and "thou." She felt that the song was more about the simplicity of a small child praying than it was about the importance of using the formal language of prayer.

Perry also had a very personal experience with this song in July 1998. “Just three days after my husband and I returned from the Tabernacle Choir’s European tour, we were involved in a serious car accident in which the front of my throat was badly ruptured and was bleeding internally,” she recalls. “At a time when I was finding it difficult to speak, swallow, and breathe, I was told by hospital personnel that I needed to lie flat and absolutely still for thirty minutes while a CAT-scan assessed the damage to my neck. I desperately searched for something to calm me emotionally. I closed my eyes and repeated these words over and over in my mind for the duration of the test: ‘Pray, He is there; speak, He is listening. You are His child, His love now surrounds you.’ Surgery and rest eventually healed my throat, but the words of the song calmed my spirit at a critical time.”

3rd Place Winner: “Families Can Be Together Forever”

Ruth Muir Gardner was the music chairman of the Primary general board when she penned this classic song. This beautiful, comforting melody was performed at a funeral soon after it was written, since the author was in the same ward as a small 4-year-old boy who had drowned. The song's message about eternal families brought everyone in the congregation to tears.

Watch this adorable children's choir perform it during a session of general conference.