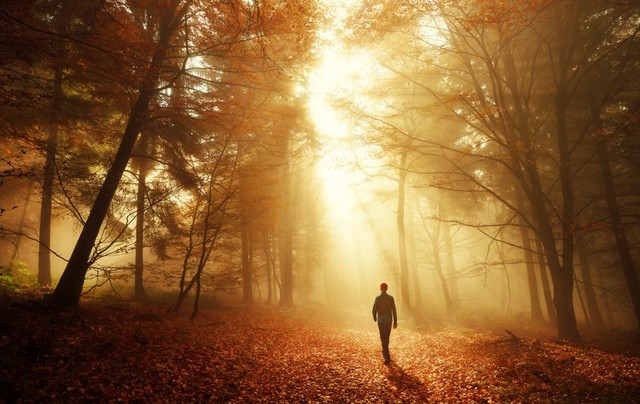 What a beautiful insight into God's love and the ministering angels that surround us.

I was that worm until my husband spent six weeks in a coma, came back, and showed us life after horseradish.

When my husband finally and miraculously woke up from the coma he had been in for six long and terrifying weeks, we were ecstatic, but still not sure if he would make it. His body had been near death for so long. We hoped and prayed with all our might that this unexpected ability of his to become conscious was not just a momentous last effort to say good bye before he left us for good. His lungs were still dangerously filled with fluid, his body overcome with staph and MRSA infections – both very often lethal. His skin was completely covered with boils and blisters – a bad reaction to the powerful antibiotics that were absolutely necessary for the slight possibility of his survival, and he was so weakened from his lengthy ‘medically frozen state,’ he had lost almost every bit of his muscle fiber.

► You'll also like: Brigham Young's Near-Death Experience and What It Taught Him About the Spirit World

He couldn’t even lift his arm enough to scratch his own nose. If he did survive, we were told it would take about a year of rehab and physical therapy to retrain his muscles to perform their proper functions, walk out of the hospital and come home. Because of the tracheostomy in his neck, he could not speak. As a family, we gathered around him, every inch of us covered by masks, gloves, and sterile gowns; tears streaming through our masks as we marveled at how much we loved him, so thankful for the amazing miracle that he was still alive and could simply open his eyes and look at us! We were filled with overwhelming desire to do anything possible to help him recover and to escape the horrible, constant pain and the continual terrifying struggle for every breath.

Lance seemed to be filled with an overwhelming need for something, too. He mouthed the same three words to us with urgency, over and over again. His eyes showed his great desire for us to understand. But for what seemed like an eternity, he was not strong enough to move his arms and hands enough to write, and because of the tracheostomy, speech was impossible. We all made futile attempts to guess what his passionately mouthed words could possibly mean.

► You'll also like: Where Is the Spirit World and How Can We Feel Those on the Other Side?

The look on his face was so compelling, we worried that he was about to die of some small problem that our inept lip reading skills just could not grasp. “Is your mouth dry? Do you need ice chips?” (His digestive system wasn’t working yet, so ice chips was the only item on the menu.) “Do you want us to roll you over?”, “Need a bedpan?”, “Is the ventilator giving you enough oxygen?”, “Need more pain medication?”, or simply, “Are you itching somewhere?”

Every time, our efforts to understand were met with a frustrated shake of the head, meaning “no.” However, since he seemed to only direct these same three words to his family and not the medical staff, we decided that whatever he wanted to tell us must not be life-threatening. After awhile, he stopped trying. We looked forward to the moment when the doctors would finally remove his tracheostomy, allowing the most amazing gift of speech.

“Been where? What are you talking about?”