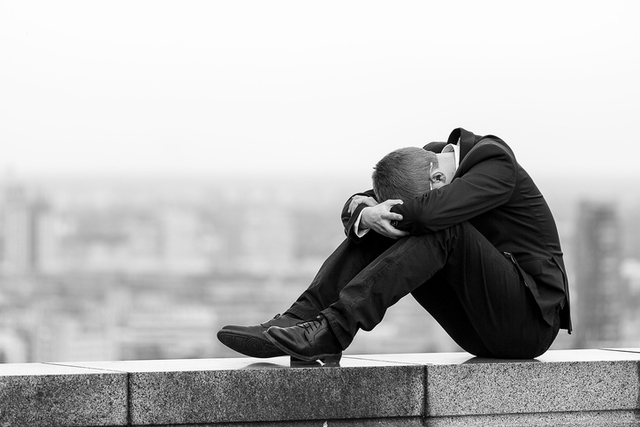 When Bullying Happens on Missions: What You Can Do About It

From the very first day, Elder Davis* knew it was going to be a hard transfer. He just didn’t realize how hard.

Most of his mission, he'd had the typical experience. Overall, he'd gotten along well with companions. Sure, there had been minor problems, but nothing like the things he experienced in what Davis would later dub his "transfer of darkness." Initial disagreements with his companion about following mission rules quickly led to more serious struggles. “Every time I offered a comment I was told I was being uptight and stupid,” Davis says. Even in front of those they were teaching, this behavior continued. “Every single day I was belittled and told how I was wrong and a freak.”

“I felt once again like I was in school, being mocked and humiliated.” Only, it was different from the playground bullies of youth. “It was worse than school because there was no relief. I had no home with parents waiting for me at the end of the day. I was, every minute, stuck to my bully.”

Ashamed that he was being bullied as a 20-year-old man and worried that reporting the verbal abuse would show a lack of faithfulness in working with his companion, Davis says, “I relegated myself to silent suffering. Once in the apartment I would lie on the ground silent, staring straight up at the ceiling, for our entire time planning. I could no longer function when it was just me and him. Alone in the apartment, I could not do anything.”

It wasn’t until Davis went on an exchange that he finally found relief. “I thank God for that elder,” he says. “He was in tune with the Spirit. He asked a couple of inspired questions and soon I had spilled the whole thing. Immediately he took me to talk with the mission president. I told the mission president that it was so bad that if something did not change, I would go home at the end of the transfer. Emotionally I could no longer function, and my companion was the root cause of it.”

Thankfully, now aware of the problem, the mission president quickly took action, and Davis was able to serve the remainder of his mission away from his bully.

“Bullying happens on missions,” he says. “It happens more often and to more people than we think.”

He’s right. Bullying happens everywhere—even on missions. Here’s what every member, whether they’re pre-mission, post-mission, or a loved one of a missionary, needs to know about bullying on missions.

Some friendly forms of mission “hazing” exist. Davis experienced this on his mission, too. “We were eating tacos in a hole-in-the-wall place,” he shares. “It was famous in our mission for its food. For ‘entrance’ to the field and the ‘Spanish Brotherhood,’ I had to eat there and order all my food in Spanish.” It was harmless fun Davis says, and an experience he will always remember. Afterward, he felt like a true Spanish elder of his mission area in Detroit, Michigan.

However, hazing almost never stays innocent, cautions professional family therapist Dr. Jonathan Swinton from Salt Lake City. Under the justification of “friendly hazing,” more serious incidents can easily occur. It can escalate from something like ordering in Spanish to eating spicy food to doing something more harmful or humiliating. “Hazing is an idea created by people trying to justify or rationalize behavior that knowingly harms, demeans, or lessens the value of a missionary," Swinton explains. Because even seemingly-innocent hazing rituals often evolve into something more serious, he says, "It is simply never okay.”

Swinton defines bullying in terms similar to malicious hazing. “Any behavior from one missionary to another that is meant to emotionally or physically harm, demean, or lessen the value of a person is bullying.”

Why Bullying Occurs on Missions

In many ways, bullying occurs on missions for the same reasons it occurs in other settings: members of a group are trying to fit in together (which most naturally leans towards creating a hierarchy), some members of a group feel threatened by others (e.g. in competition for leadership roles, like zone leader), or there is a perceived sense of superiority between members (e.g. a missionary who has been in the field longer vs. a greenie).

These bullying behaviors are sometimes compounded when missionaries leave home for the first time and are trying to find their identity.

Swinton sheds more light on the mindset that so easily leads even good elders into bullying behaviors: “I think bullies often don’t consider the emotional toll their behavior has.” Anti-bullying activist Judy Wells agrees, “These kids don’t realize what they’re doing.” After giving a talk about the effects of bullying, she recalls one young man’s comments afterward. He explained how he’d terrorized a fellow, and then expressed, “I guess I knew it wasn’t nice, but nobody told me to stop doing what I was doing. Nobody explained to me how it was also hurting not just him—it was hurting myself.” It wasn’t until he’d listened to Wells’s talk years later that he realized, “I was making his life pretty miserable.”

Know Before You Go

For those who have not entered the mission field, there are a few critical things that you should know before you go:

Be prepared to communicate. In an attempt to avoid conflict, Swinton says, missionaries (and many other Latter-day Saints) sometimes act out passive-aggressively. Prepare now to clearly communicate with your companion from the get-go. “Missionaries can try to be upfront with one another about their feelings to facilitate discussions rather than acting out with bullying,” advises Swinton. Additionally, if the bully isn’t necessarily aware of their impact on you, bringing their attention to how their behavior is interpreted will often trigger change.

Recognize bullying—and commit to reporting it. “Missionaries should not turn a blind eye if they observe bullying,” Swinton says. As a missionary, you will have the opportunity to interact with other missionaries and their companions. If you notice something is wrong, even if you are not sure, err on the side of caution and report your concerns to a zone leader or the mission president. Davis’s story only ended well because an observant missionary recognized the circumstances and reported the problem.

Don’t be afraid. This advice is two-fold. First, don’t be worried about whether or not you will face a bully on your mission. Each mission is different, and many missionaries never experience this trial. Concerns over bullying should not be the focus of your preparation. Second, if you do encounter bullying, don’t be afraid to report it. It’s a common mentality for victims of bullying to feel weak for reporting the problem, but it is not weak to stand up for yourself. Tell your zone leader, mission president, and even your parents or friends if you must, but do not feel ashamed getting the help you need.

If Your Missionary Is Being Bullied

If your missionary communicates to you that they are being bullied, it’s easy to feel helpless. However, there are some things you can do.

Stay calm. It’s easy for loved ones to get over-protective of their missionary. Don’t overreact to venting in a letter or email—sometimes it really is just venting about innocuous annoying behaviors. But if you get the sense that something more than just normal social friction is going on, then you need to act.

Tell them to get help. The best thing you can do, being far away from your missionary, is to encourage them to tell a person in a position to help them. Explain your concerns to them, and then ask them to please get help. Try to help them understand that this is not “a trial” for them to “endure,” or that things will only get worse if they speak out. The only way to fix the problem is for them to tell someone and get help.

Consider other options. Only in severe cases, where a missionary’s health and safety are threatened, should you try to contact the mission president. This can be done by working through your bishop.

If You Were Bullied on a Mission

If you were bullied on your mission, please don’t lose faith. It’s commonly said that while the Church is true, sometimes the people aren’t. We’re all imperfect and make mistakes. Instead of focusing on the negative, try these positive techniques:

Search for healing. “I was bullied by one of my companions on my mission,” Swinton shares. “I remember struggling to try to avoid holding a grudge and move past the negative feelings I had. Shortly after returning home, that mission companion called me on the phone and apologized to me. It helped my healing immensely. If you are the victim of bullying, contacting the bully during or following your service to try and seek an apology and let go of the burden felt can facilitate healing. This is also congruent with the Atonement.”

Get help. This may seem like a repeated refrain, but help is out there, and it comes most easily if you’re willing to search for it. If resolving problems with your bully doesn’t work out, Swinton says, make every other effort to move on anyway. “Don’t let it define who you are,” he counsels. “This can be difficult. Seeking professional assistance is a good idea to make sure you don’t carry the baggage from another’s bullying behavior with you long term.”

One way we can work to eliminate bullying on missions is by working to stop bullying in church settings early. Teaching our youth to recognize bullying, working to prevent it, and correcting it if it occurs will get the youth off to a better start whether they serve a mission or not.

But what it all really comes down to is being aware. Increased awareness about the problem is central to helping prevent bullying on missions in the future. “Problems such as bullying may not be discussed or addressed at levels congruent with its prevalence,” Swinton says. Being more open and realistic about problems that happen on missions, like bullying, will help missionaries be more likely to report problems if they happen to them.

"I do not know a way to stop this bullying," Davis admits. "But what I do know is that if all elders were to be more Christlike, to be more kind and loving, in short, to be more like an ‘Elder’ and less like the natural 18- or 21-year-old man, more happiness and peace would be found in companionship relationships."

Yes, bullying does happen, even on missions. But it doesn't have to. Be prepared for the issue. Keep your eyes open. Report problems. Help who you can. And get help if you need it.

October is Bullying Prevention and Awareness Month. Get more helpful resources at StopBullying.gov.