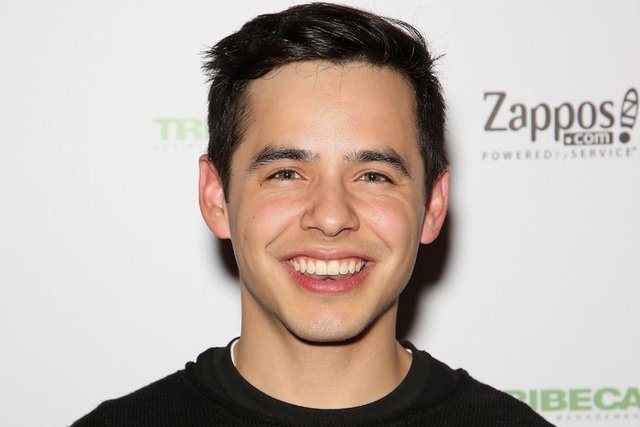 I think I really started to believe that the Church was true when I was finishing reading the Book of Mormon for the first time. When I read the scriptures, the words about prayer really stood out to me. I could see there were people who truly had conversations with God. After I completely read through the Book of Mormon, I saw Moroni’s challenge to pray and ask God yourself. His words were so convincing. Moroni already knew this was true, but he challenged people at the end of the Book of Mormon to ask for themselves if this book was true and see if God would give them an answer. It was humbling to read what he had to say and to take on that challenge. I had to get up enough courage to ask God if this was real and if it was true. And the great thing is that I did learn for myself that the Book of Mormon is true!

The more I prayed, the more I started realizing who God was and understanding that He wasn’t just some super ultra Being who acknowledges you only when you do something amazing, but He was someone I could talk to with reverence. Someone who cared about the challenges I had. Someone I could have a relationship with and who would love me, no matter what. That is how I gained my own testimony of the gospel: when I established my relationship with God. I had to pray and do something I wasn’t sure about. But once I got over that hump, I knew I could pour out my respect and appreciation to Him, and I knew that I didn’t have to be a king or a prophet or a bishop to pray to him. I knew I could praise Him and let Him know my thanks to Him. And when I was able to let Him know that, I could really feel His love. I could feel Him saying, “My son, I love you so much, and I care about you,” and I could feel impressions from the Spirit saying, “Here is what you can do.” It was just really surprising to feel something back.

Music is a strong element in my testimony because of how present those feelings of the Spirit are when you are singing about things that matter. The feeling is so strong.

One of the most memorable prayers that I’ve ever had answered was when I was in high school. I was confused. I had vocal cord paralysis. I thought that was the answer that I wasn’t supposed to do music anymore. But my desire to do music never went away. When American Idol came, I was going to school and had a summer job, and I was wondering whether to audition. I didn’t want to think about it because I didn’t think I was good enough, but something kept urging me to go. The feeling wouldn’t leave me alone, and so I decided to pray about it. I felt dumb again because I didn’t think that Heavenly Father would care enough about a decision like this. But at the same time, I felt like it was important to pray about it. So I knelt beside my bed and asked Him about this thing that had been on my mind. I asked Him what His opinion was about me auditioning for American Idol, if I should quit my job and do it. I immediately got a strong, strong feeling back: “Go and audition. There is something for you to learn.” I was really surprised about that. It almost felt as though a big wind rushed over me. That was when I made my decision to go.

During American Idol, I saw how my beliefs really came into play because I felt like Heavenly Father had given me that opportunity. I wouldn’t be there without Him. So I made sure I gave back to Him because I didn’t want to disappoint Him. I knew my relationship with music was closely tied to Him. I knew I had a responsibility to share what I had felt and learned from music. Even though each week on Idol was very challenging, I worked hard to pick songs that allowed the feelings of the Spirit to be there and to make sure people understood why I was there. Especially when I sang “Imagine,” I was sure I would get voted off the show, but I felt I was doing what Heavenly Father would have wanted me to do.

I couldn’t believe the response I got from the people who worked on American Idol, and then the judges, and then all the people after that. All I did was sing the songs in a way that was meaningful to me and allowed me to feel that spiritual feeling. People of all ages wrote me letters telling me what they felt. I was shocked by how direct they would be, saying they weren’t sure what it was but that they had felt something powerful and strong and beautiful. So many letters were coming in, just hundreds of them. Hardly any of them were, “You are so cute”; most of them were just thank yous and people saying there was something they felt when I sang. Many said they weren’t sure what they were feeling, and they asked if I could tell them what it was. I hadn’t realized how people who didn’t feel the Spirit often didn’t know what they were feeling. I knew Heavenly Father really wanted me to be there, He had a purpose for me, and He wanted me to help people feel good and come closer to Him. It was touching for me to have that opportunity.

I guess that was one of the most remarkable things for me, to see how the Lord works. I didn’t go on TV and say I was a Mormon. All I did was sing the songs that I felt people would be able to connect to, the same way I’ve been able to connect to things through the Spirit. I didn’t feel like I did this incredible performance there. There was something else that was coming across to people. It is amazing how the Spirit can communicate in that way.

I feel the Spirit when I sing, and I have learned that others can feel the Spirit as well. When I realized that the Spirit was what I was also feeling when I went to church, I learned how to serve other people better. I learned how you can love your family better and get to know God better as you try to live the commandments and be obedient. It is like the Spirit feeds you and helps you little by little. When I connected those two together, I understood that my Heavenly Father is also the one who allowed me to have music because I feel Him so strongly through it.

Why I’m a Mormon is a collection of fascinating, individual journeys of faith by dozens of stalwart, modern Mormons—some prominent, others less well-known but no less impressive. Contributors share brief reflections on how their feelings about the gospel and their involvement in the Church have shaped and enriched their lives. These vignettes are from Latter-day Saints who are faithfully and successfully navigating these troubled, secular, sometimes dark and temptation laden times. The book includes expressions from successful business leaders, entertainers, sports figures, authors, and many others.