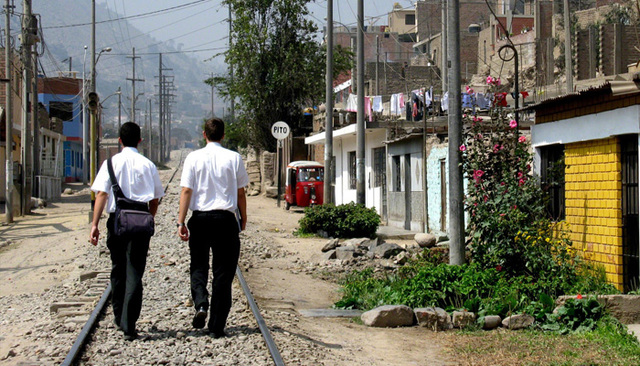 The following is an excerpt from Elder John H. Groberg’s book Fire of Faith, which details his experiences with his family as he served as a mission president in Tonga. During his service, Elder Groberg helped plan a jubilee celebration for the Saints in Tonga and promised the missionaries that, leading up to the jubilee, 500 people would be baptized into the Church in one month. The number seemed impossible. In 1966, the total number of members baptized into the Church for the entire year was 604. In 1967, the number rose to 833, but Elder Groberg understood the Lord was working miracles to move His work forward in Tonga. Below is one of those miracles that helped bring 507 people into the Church in one month in Tonga.

One set of missionaries had a baptismal date set with an 18-year-old girl, who had permission from her parents to be baptized. When the missionaries went to check with her, she had suddenly and unexplainably changed her mind. Her parents were still agreeable, but for some reason, she just didn’t want to be baptized.

Understandably, the missionaries were shaken. As they left the home discouraged, they remembered their mission president’s challenge to be sure and check back with their old contacts, even those who had said no before. Suddenly another 18-year-old girl came to their mind. But that was silly, they thought. Her father was bitter and had consistently refused to give permission for her to be baptized. The last time they had gone there, the father threatened to take a machete (bush knife) to them if they ever came back. Still, they felt impressed to go to that house again. “We’re all ready to baptize someone now,” they thought. “Why not her? Let’s go see.”

At that moment this second girl felt impressed to ask her father again for permission to be baptized. He became violent and struck her several times, knocking her down. “Now will you ever ask again?” he said, glaring down at her.

“Yes Father, I will continue to ask until you give permission, for I know the Church is true!”

“Ha,” said the father, “I’ve chased the missionaries away from here so many times they will never come back. But I’ll give you a test to see if your church is true. If the next person that walks through our gate is a Mormon missionary and asks me again to let you be baptized, then you can be baptized. And if not, then the Church isn’t true and I will never give my permission for you to be baptized.”

As the young girl prayed, the missionaries, fearing and trembling but prompted by the Spirit, approached the house. Overcoming their fear, they boldly opened the gate and in the full force of spiritually guided strength announced, “Mr. Aholelei, we have come to ask that you allow your daughter to be baptized, for she knows the Church is true, just as we do.”

It was now the father who fell quaking to the floor. The young girl rose, and looking down in compassion she explained: “You see, Father, it is true. I’ll change now for my baptism. Will you come along?”

In a choking voice the father managed to say: “Go quickly. I am an evil man. Maybe the Lord will bless me and have mercy on me through you. Quickly, go and be baptized.”

As soon as that baptism was over, the first girl came running over. “Please let me be baptized. I really wanted to all the time. I believe the Church is true. I can’t figure out why I said what I did. Will you forgive me and let me be baptized?”

The missionaries were quiet, but after the second baptism and witnessing the joy on those two faces they knew what had happened.