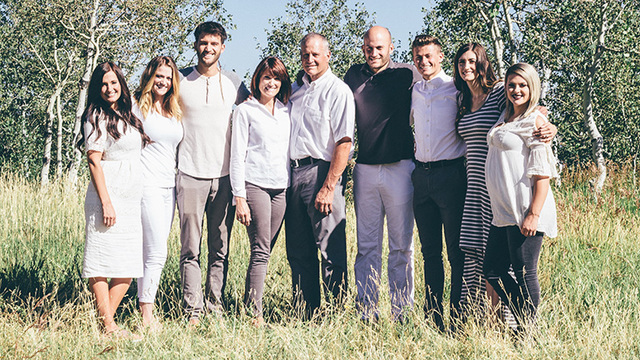 Early one morning my adult son called to ask if he and his boyfriend could come to church with me. It caught me off guard. I knew my son had not been to church in a very long time and I excitedly said, “Yes!” Then my thoughts raced, wondering, “What would people think?”

Our congregation had always shown kindness to my daughter who did not fit the “Mormon mold” with her nose ring, gauges, and now expecting a baby. Would they extend that same Christlike love toward my gay son? This was the ward he had grown up in, serving as the president of the deacons and teachers quorums as well as first assistant to the bishop in the priests quorum. And it’s the ward he delivered his mission homecoming report to. How would they perceive him now with a boyfriend? Would they slide over and make room for us on the pew? Would they stare and whisper when the sacrament bread and water was passed without them partaking? I was fine if those actions were directed at me, but the protective mother in me didn’t want those actions directed toward my children. More than anything right now, I wanted my children to feel welcomed and loved.

I reflected back to the day my son told his father and me that he was gay. I felt like the sky was falling. He was our third of seven children, and everything I thought my child’s life would look like changed in an instant. I grieved. I cried. I even had bouts of anger. How could this be happening? What was I supposed to do? As I went on a quest for answers, I discovered many answers aren’t neatly packaged in a Sunday School lesson. I had to dig and turn to the Lord, and what I discovered is that no one cares more than my Heavenly Father. He loves me, and He loves my family. As I sought guidance through prayer, fasting, and attending the temple, “Love one another as I have loved you” took on a whole new meaning. I discovered it really means what it says: love everyone, even those among your family and friends who may make choices different than you would.