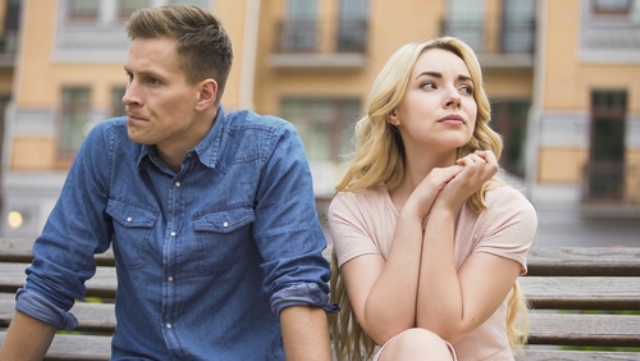 When Spending Time with Your Spouse Can Become a Bad Thing

I firmly believe that many married couples today unknowingly get into situations—traps, if you will—that can be harmful to marriage. This may be out of ignorance, apathy, or innocence, or any combination of the three. One such trap is the idea of “togetherness.”

Too much togetherness can be destructive. Sometimes a husband and wife become like two porcupines in a small cage—both need more room and space to function. On this topic, Elder Hugh W. Pinnock, member of the First Quorum of the Seventy, has cautioned Latter-day Saint couples against smothering each other with excessive restrictions. He noted:

A loving wife of many years shared with me one of the secrets of her beautiful marriage. She told me, "It is my duty to maintain an atmosphere in our home in which my husband can reach his full potential. And you know, he is a busy father, bishop, and businessman. In turn, he helps me reach my potential."

The most fulfilling of all marriages seem to be those in which the husband and wife together commit their love to the Savior's keeping. They are interested in each other, and yet set each other free to grow and mature, to take on new challenges and to pursue new interests. Of course, this freedom is not the freedom to flirt with another. Jealousy is a subtle form of bondage and is one of the most smothering of human passions.

Husbands and wives who fear the loss of a partner's love weaken their relationship by holding on too tightly. A husband who thinks to himself, "I won't let her out of my sight," is actually expressing a fear that might push her away. Husbands and wives should allow each other room for personal growth and expression. When both marriage partners are able to develop their talents and interests, the marriage is less likely to suffer from boredom and narrowness. (Pinnock, p. 35.)

Quite often the wives are the ones who have little identity apart from husband, house, and children. If they run their homes as service station models, they can wear themselves out or lose their sense of identity if they are not being nurtured while nurturing others. On occasion, wives and mothers need to pursue some additional activities.

► You'll also like: 9 Things No One Ever Tells You About Marriage

One weekend not long ago was interesting for me and a lot of other husbands and fathers in our neighborhood. The reason was that the women in our ward went for an overnight trip together up in a canyon at a camp called Edenbrook. While they were gone, we husbands had to take over all the responsibilities of running the homes and taking care of the children. By the time the women had left, all the food stores in the area were probably sold out of frozen pizza and root beer. I think it is appropriate that women do take a little time off together, but I have a friend who disagrees.

He and I were talking about the trip the women were taking, and during our conversation I told him tongue-in-cheek of my plight and the two-day pizza party my children had planned. I explained in a little more detail about the outing and said that Susan looked forward to going.

My friend was quiet for a few moments and then asked, "But what does it really signify when wives and mothers 'have to get away'?"

"Nothing, really," I replied. "To me it is a group of women going on an overnight trip." I didn't see any hidden symbolism in the outing.

He then went on to express concern about all the current attention drawn to the individual, for the need to "get away," as it were, from family and friends, even children and spouses. As evidence, he cited some contemporary beer commercials on television. Several depict a group of men late at night on the beach, or in the mountains, sitting around the campfire, together, and drinking beer. Then the announcer states, "It doesn't get any better than this."

Such advertisements, my friend suggested, are antifamily and undermine the importance of family life. Meaningful experiences, he went on, should be had with family members, not "away" with others.

Obviously my friend disapproved of the women in our neighborhood going up to the church camp overnight. And while we were talking of life's events and symbolism, how could I tell him that they were actually going away . . . to Eden(brook)! I returned home and shared my friend's thoughts with Susan. She said it was a good philosophy but not too practical, indicating she still needed a day or two away.

Why do wives and mothers need time away from husbands and home for a while? Perhaps poet Carol Lynn Pearson has expressed it best. In the preface of her book The Flight and the Nest, she has the following poem (Pearson, p. v):

"On Nest Building"
Mud is not bad for nest building.
Mud and sticks
And a fallen feather or two will do
And require no reaching.
I could rest there, with my tiny ones,
Sound for the season, at least.

But—
If I may fly awhile—
If I may cut through a sunset going out
And a rainbow coming back,
Color upon color sealed in my eyes—
If I may have the unboundaried skies
For my study,
Clouds, cities, rivers for my rooms—

If I may search the centuries

For melody and meaning—
If I may try for the sun—
I shall come back
Bearing such beauties
Gleaned from God's and man's very best.
I shall come filled.
And then—
Oh, the nest that I can build!

Susan and her associates enjoyed the trip. But we were all pleased when they came back . . . from Eden.

Even Lovers Need Time Away

I had a conversation not long ago with a young husband who called late one night and got me out of bed. He wanted to talk, so I yawned and agreed to listen. The new groom was upset because his wife of seven months was going home to visit her parents for two weeks.

"How can she stand to be away from me that long?" he asked. The longer he talked, the more I knew why. His wife needed a little time away from the marriage. They were too close and their lives too meshed—a common problem for newlyweds.

I tried to convince the young man that a few days away from each other were not necessarily harmful, and could, in fact, contribute to a better marriage. Everyone, including lovers, needs a little time away.

The thought of spending time away from loved ones is not new. The ancient Hebrew family understood the concept as expressed in Ecclesiastes 3:1-8 where it states there is a season and a time for every purpose: "a time to embrace, and a time to refrain from embracing."

Give your hearts, but not into each other's keeping.
For only the hand of Life can contain your hearts.
And stand together yet not too near together:
For the pillars of the temple stand apart,
And the oak tree and the cypress grow not in each other's shadow.
(Gibran, pp. 15-16.)

Dr. M. Scott Peck, in his book The Road Less Traveled, has a whole chapter titled "Love Is Separateness." He writes:

The genuine lover always perceives the beloved as someone who has a totally separate identity. Moreover, the genuine lover always respects and even encourages this separateness and the unique individuality of the beloved. Failure to perceive and respect this separateness is extremely common, however, and the cause of much mental illness and unnecessary suffering. . . .

I have come to realize that it is the separateness of the [marriage] partners that enriches the union. Great marriages cannot be constructed by individuals who are terrified by their basic aloneness. . . . Genuine love not only respects the individuality of the other but actually seeks to cultivate it. (Peck, pp. 161, 166, 168.)

The togetherness trap is quite simple. You have either too little or too much identity and bonding as a married couple, and emotionally you are either too close or too distant from each other. Striking a balance, however, is sometimes difficult to accomplish.

How do you know where you are? Asking each other how you feel on this topic may help. Recognize, too, that not only do individual marriages differ, but couples change as they experience the seasons of life. At some point in their lifetimes they may desire more togetherness, and at other points, less identity and bonding with their marriage partners. Communicating by asking what the other person needs and feels is one way to find out.

► You'll also like: 4 Natural Man Tendencies That Hurt Marriages (+ How to Overcome Them)

Building things of lasting value takes time and effort, whether we are talking of temples or marriages. If they are to endure, they should be built on a solid foundation, and their construction will require skill, time, effort, knowledge, and patience.

It may be that after a few years of marriage, we may face difficult times and be tempted to give up. But like the Latter-day Saint pioneers and the Salt Lake Temple, we may have to start over by working together again on the marriage. We must remember that things of lasting value usually take a long time to build, and things of eternal value may take even longer. 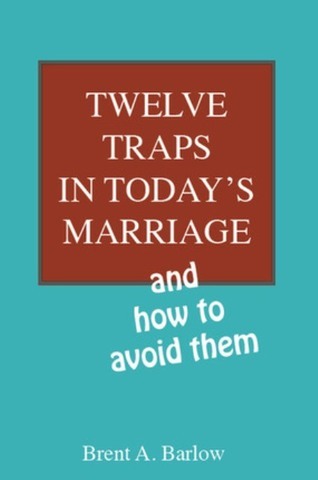 To find out what the other 11 traps of marriage are, check out Twelve Traps in Today's Marriage and How to Avoid Them by Brent A. Barlow, available at deseretbook.com.