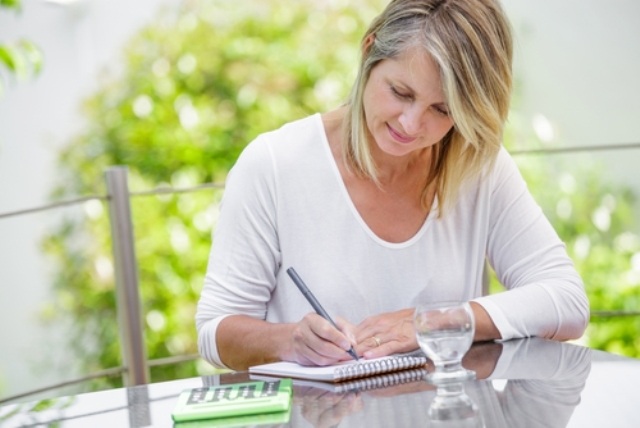 When Your Life Doesn't Turn Out How You Planned: One Beautiful Truth to Remember

I don’t know about you, but I had a “plan A” for my life. (Surely I am not the only girl who attempted to plan out her life.) I remember sitting around with some of my girlfriends one day when we were all in college. We were discussing my “plan A,” and that led to “plan B” ... which led me to think about “plan C.” I sort of wrote out my life plans and realized that I was already on “plan K.” (And this was a problem because I hadn’t even served a mission yet. By the time I went on my mission, I was beyond “plan K.”)

Several years later, after the mission, I was with another group of friends, kind of going through the same thing, and by then I was on “plan W.”

It’s safe to say I am now in the Greek alphabet somewhere, perhaps plan “kappa”?

In his April 2011 general conference talk, Elder Dallin H. Oaks said, “When we have a vision of what we can become, our desire and our power to act increase enormously." We must have a view of the life God has waiting for us in order to live that life with faith.

One of my favorite scripture stories is the story of Joseph of Egypt. Oh, how I love this story! I think it is fascinating because at age seventeen, Joseph literally had a vision of who and what he could become. It was very clear to him that his life was meant to be something unique and that he was meant for something special. And, perhaps because he got a little overzealous, his brothers got a little tired of him telling the story over and over again. To make a long story short, they end up putting him in the pit (which was better than the alternative because a couple of them thought they should just kill him). I don’t know about you, but if I were Joseph of Egypt at that moment and I had been thrown in the pit, I’m pretty sure Worst-Case Scenario Girl would have kicked right in.

I probably would have said something like, “Hmmm. Isn’t this interesting? I totally thought I was meant for something really special. Now here I am in this pit. So, I guess I’ll just stay in the pit and I won’t ask to get out of the pit because if God didn’t want me in the pit, He wouldn’t have put me in the pit in the first place. Yes, I’ll just stay right here and be the best girl there ever was in a pit until He chooses to get me out of it.”

► You'll also like: 4 Ways LDS Singles Can Thrive in a Family Ward

Then, as if that weren’t enough for Joseph, after the pit, these same brothers sell him into slavery. I don’t about you, but Worst-Case Scenario Girl would have said something like, “Well, would you look at this! Now I’m a slave. I didn’t even ask to get out of the pit. This is nice. I’m not really sure what I’m supposed to do as a slave, but I’m certainly not going to ask because I didn’t ask the first time, and look where that got me. So we’re just going to stay here and be the best slave there ever was.”

And then, as if that weren’t enough, Joseph ends up in jail. I don’t know about you, but that would not have been Worst-Case Scenario Girl for me. That would have been an abandonment of everything I thought I knew about God. I am quite certain I would have been completely convinced that my early vision was made up or completely misunderstood or clearly intended for somebody else.

Joseph, on the other hand? He seems never to have lost sight of his understanding of what he was meant to do and who he was meant to be. Why? Go read Genesis 37 and 39–41 (you can skip the “genealogy” of 38), and underline how many times it says, “The Lord was with him.”

We have been taught that to truly exercise the power of faith in our lives, we need to have three things. The first is the knowledge that God exists. The second is a correct understanding of His attributes. The third is that the course of life we are pursuing is acceptable to Him (see Lectures on Faith, 38).

One of my least favorite phrases is “Today is the first day of the rest of my life.” I think I used to have it on a refrigerator magnet. But I don’t like that phrase anymore because I feel like it discounts all the other days that got me right where I am. I used to be the queen of fresh starts—and, true confession, I still am. I like knowing that I have a new day to begin. I love getting a new journal and “starting today.” But a fresh start should not come at the expense of acknowledging all the other days that got me here. We are all a product of all of our “other days.”

I just didn’t know this was my plan A.

Now, that doesn’t mean He would have wished any of the difficult things in your life upon you; it’s that He knew this would be your plan A. And once we know we are living our plan A, it completely changes our ability to live with faith.

This is what I’ve learned about hope and faith:

Hope is about wanting what I want. And it’s okay to want things and to have desires and to hope for those things.

Faith is about wanting what God wants for you. That’s not faith in an outcome, it’s faith in His plan for you—your plan A. Live with faith. 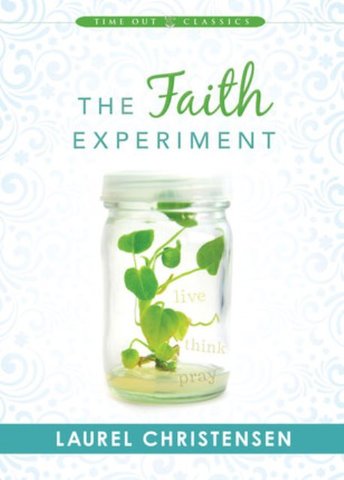 What stands in the way of your being the person you want to be?

In The Faith Experiment, Laurel Christensen describes how she learned the answer to that question: She was standing in her own way. She had put limits on her life that our Father in Heaven had never meant for her to experience. We all do it. But there is a way out—and that way is to have faith.

"Consider the possibility that God sees the potential for your life in a way that you have not seen yet—or are afraid to see," writes Laurel. "He is ready for you to choose to become the person He has always known you to be." You'll resonate to her stirring invitation to choose faith over fear.