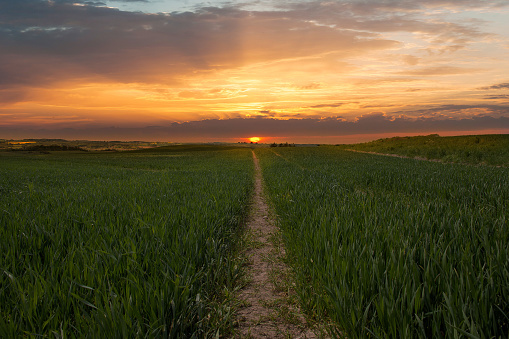 I don't think anyone ever told me the telestial kingdom specifically, but I do remember growing up with the belief that anyone who died by suicide wouldn't make it to the celestial kingdom.

It was a jarring thing to believe in the face of the Atonement and modern medical science, and I wasn't entirely sure how that belief came to be when it's not specified in the scriptures. While the scriptures mention murderers will be "without" the celestial kingdom in Rev. 22:15, it doesn't specify the telestial kingdom and murder can be a different issue entirely than suicide.

But I've noticed that I wasn't the only one with that belief and that many other Latter-day Saints also believe that those who die by suicide will be placed in the telestial kingdom forever, no exceptions.

But that's not the case.

Part of this may have come from a quote handed down through the generations. On August 19, 1877, Charles W. Walker recorded an alleged saying Wilford Woodruff heard from Joseph Smith. It's the quote we use as Mormons to describe the majesty of the three degrees of glory. But it's also a quote recorded third-hand years after the death of Joseph Smith.

"And on Friday last while speaking at the Funeral of Matilda Moody he said we should improve the present time and do all we could for our dead ere death called us away. He [referred] to a saying of Joseph Smith, which he heard him utter (like this) That if the People knew what was behind the vail, they would try by every means to commit suicide that they might get there, but the Lord in his wisdom had implanted the fear of death in every person that they might cling to life and thus accomplish the designs of their creator" (A. Karl Larson, Katherine Miles Larson, "Diary of Charles Lowell Walker," Utah State University Digital Commons).

This is the only written record we have of this quote from Joseph Smith, but it's made its rounds over time. In some cases, it has even been adapted to refer to the telestial kingdom. Or sometimes it's even been sourced as something Brigham Young once said.

However, we do know that those who go to the telestial kingdom "received not the gospel of Christ, neither the testimony of Jesus" (D&C 76:82).

While it is a sin to kill and "do anything like unto it" (D&C 59:6), as the Church's Handbook 2 states, ". . . a person who commits suicide may not be responsible for his or her acts. Only God can judge such a matter."

We have no idea where those who die by suicide will reside in the eternities. But we do know that, as with all of us, the final judgment is God's.

Mormon Life Suicide JudgmentSuicide,Judgment,Mormon Life
Comments and feedback can be sent to feedback@ldsliving.com