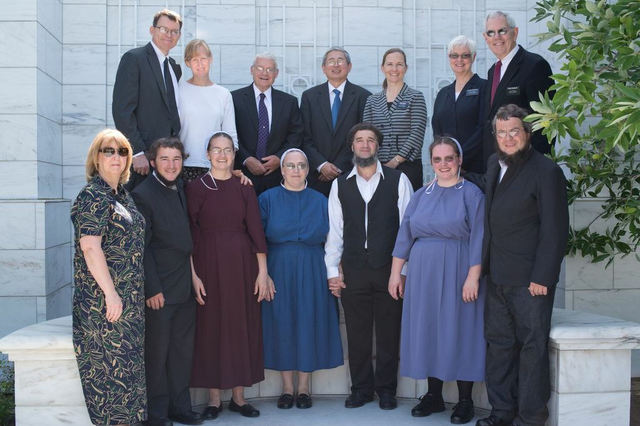 Why 3 Amish Families Risked Everything to Join the Church

In the fall of 2011, a customer stepped into Raymond Weaver’s furniture store in Danville, Ohio. He was a good friend of Raymond’s, and in the course of their conversation Raymond mentioned his curiosity in Native American history, specifically how these ancient people came to live in the Americas. Raymond remembers his friend, Harry Proudfoot, replying that he had a book that could help with that.

Two weeks later, in mid-September 2011, Proudfoot handed Raymond a Book of Mormon. His life, the lives of his family, and the dynamics of his community would never be the same again. 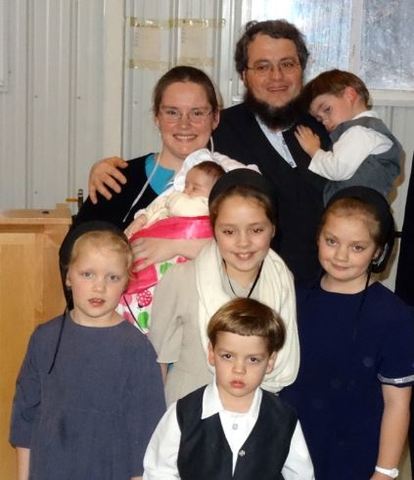 Investigating another church had never crossed Raymond’s mind. “I was Amish with no intentions of ever changing that,” he says. “I thought to myself, 'There is no other church on the face of this earth that I know of that I would want to raise my children in.' I didn't know of a better place to be than where we were.”

Six weeks after receiving the Book of Mormon, Raymond had read it cover to cover along with most of the Doctrine and Covenants. “I knew that this was the Lord's church, and I could not deny it. I knew for certain, beyond a shadow of a doubt,” Raymond says. “I knew I had some tough choices to make.”

As the son of an Amish bishop, Raymond Weaver knew that being baptized a member of The Church of Jesus Christ of Latter-day Saints would not only jeopardize his family relationships but his entire way of life. If he decided to follow the Spirit and the command in the Book of Mormon to be baptized, his community—those he’d lived, loved, and worshipped among for 35 years—would systematically shun him.

In November 2011, Raymond lay awake for three nights after reading the Book of Mormon, trying to quiet his mind and sleep. He was lucky to get two hours of fitful rest a night. “Every joint in my body ached,” Raymond says. “It was the most harrowed up experience that I had ever had in my life. . . . I thought to myself, ‘If this is what the rest of my life is going to be like, I don't even want to be here.’ But I knew that the Lord was trying to tell me something.”

Finally, Raymond walked to an 8-foot by 8-foot storage shed that housed the community phone. In isolation, he pondered the new truths he’d learned from Latter-day Saint scripture as well as an ancient biblical story. “Jonah couldn’t get away either,” Raymond distinctly recalls thinking about the prophet who faced behemoths and great depths after failing to act on what he knew was true.

In that small shed, Raymond prayed. “I prayed that Heavenly Father would let me know, that He would let His will be done, whatever it is,” Raymond says. Within 10 minutes of finishing his prayer, the pain left Raymond’s muscles and joints. That night, Raymond “was instructed by the power of the Holy Ghost, and from the other side of the veil, about what to do to move forward with the gospel in the community.”

“I knew that the gospel of Jesus Christ had come to the Amish community, and I knew that I was the vessel that the Lord had chosen to use for that to happen,” Raymond says. “And I wondered why it had to be me. It was the most intimidating, the most daunting thing that I had ever experienced in my life, but at the same time it was the most joyful thing I had ever experienced in my life.”

Though Raymond didn’t know what would happen or how he would accomplish what he now knew he had to do, he says, “I knew if I followed the Holy Ghost day by day that Heavenly Father would help me navigate through this maze.”

After this experience, Laura Weaver says, “I could see that something was happening to him.” While Raymond often talked with Laura about passages he read in the Book of Mormon—some of which resonated with her, others which confused her—the discussions didn’t feel any different than those they had after Raymond read leadership or business books. But things changed that November. Raymond began teaching his wife in earnest, sharing as much information as he could every day until the Spirit would tell him, “That’s enough.”

As the two continued to learn together, they began meeting with the missionaries at the Proudfoot home.

Though Laura already believed in God, in the Bible, and that Jesus Christ died on the cross for her, the plan of salvation felt overwhelming at first. “We had no knowledge of a preexistence or priesthood authority or the world after this life—it’s a lot to comprehend,” she says. “As Raymond shared that with me, the Spirit didn’t fully hit me that this was true or that [baptism] is what we needed to do. But still, it made so much sense.  It comforted me and made me know that we needed to act on this. This isn’t something that we could push aside.” 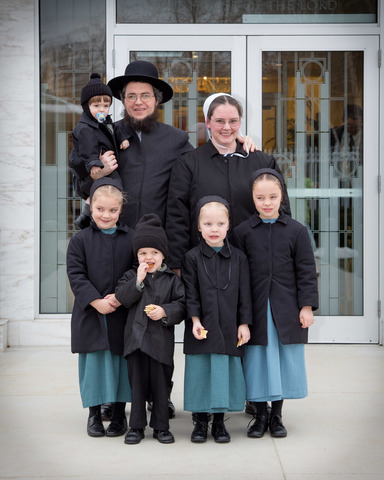 The Weavers started taking the missionary discussions around Thanksgiving, and on December 22, 2011, they committed to baptism. That evening, Raymond met with the local stake president, President Birch, and mission president, President Nilsen, and shared an unusual prompting he had received: he and Laura should not attend the ward in Mount Vernon and they should not tell their children about their baptism for a time.

Presidents Birch and Nilsen decided to move forward with the baptism while they continued to ponder the situation. On the day after Christmas, four days after their discussion, Raymond received a call on the community phone. “We have figured out what the Lord wants,” Raymond remembers President Birch saying. He and the area mission president, President Nilsen, felt inspired to create a new group in the stake—a group consisting of Laura and Raymond.

On January 3, 2012, the Brother and Sister Proudfoot picked Raymond, Laura, and their newborn baby up from their home and drove them to the church. Laura had never stepped foot inside a Latter-day Saint meetinghouse before, she had never seen a baptismal font, and, having spent her whole life in traditional Amish dress, she had never worn a jumpsuit. Everything felt foreign and awkward at first.

But then Laura remembers, “The comfort of the Spirit there and the people there was very amazing to me.  The love of these people that were around us, sharing this emotional part of our lives—it all has a very special place in my heart.”

By outside appearances, little had changed for the Weavers. They continued attending Amish worship services, wearing Amish dress, and their children continued to attend Amish school. But on Friday, Saturday, or Sunday evening at around 10 p.m. the leadership from the local ward and sometimes stake and mission president would come to the Weavers home to hold an intimate sacrament meeting as they renewed their covenants with the Lord. From a spiritual perspective, everything had changed for the Weavers.

To learn more about these remarkable families, tune into KSL TV between general conference on Sunday.

When three devout Amish families from Knox County, Ohio, chose to change faiths and be baptized members of The Church of Jesus Christ of Latter-day Saints, the entire community was stunned. Occasionally individuals will choose to leave the faith but it is rare for an entire Amish family to leave—and almost unheard of for three families to leave at the same time. After their baptisms, these three families were shunned by their close-knit community becoming completely isolated from the only life they knew. Despite losing family, friends, and businesses, they found peace as they worked to redefine their lives. It was their new-found faith that gave them courage to endure the painful shunning and face the unknown. Through this journey they found support and love from new friends. Hear about what they discovered about love, loss, and sacrifice.