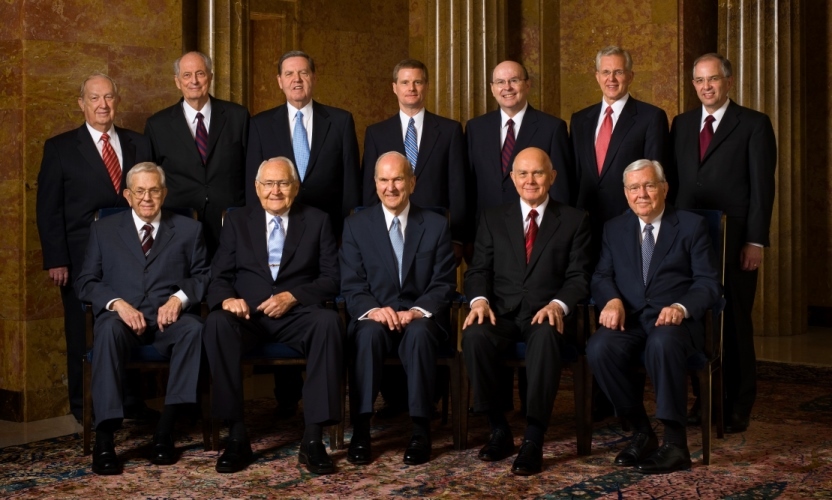 Why Anyone Who Says the Apostles Are Too Old Is Wrong

In 2015, the Huffington Post reported that "The LDS Church has never had an older First Presidency and Quorum of the Twelve Apostles."

But for Latter-day Saints, that's no cause for concern. Here are three reasons not to worry:

The Brethren are still "in touch" with members.

In a 2006 conference talk, Elder Jeffrey R. Holland explained this concern, saying that "not often but over the years some sources have suggested that the Brethren are out of touch in their declarations, that they don’t know the issues, that some of their policies and practices are out-of-date, not relevant to our times.

"As the least of those who have been sustained by you to witness the guidance of this Church firsthand, I say with all the fervor of my soul that never in my personal or professional life have I ever associated with any group who are so in touch, who know so profoundly the issues facing us, who look so deeply into the old, stay so open to the new, and weigh so carefully, thoughtfully, and prayerfully everything in between."

Elder Donald L. Hallstrom, a member of the First Quorum of the Seventy who works with the apostles on a global scale, told Deseret News, "The collective knowledge is just amazing. I'm certainly respectful of anyone's opinion, but in my opinion (the criticism) is uneducated. (Critics) simply don't know what's happening."

In the event one member of the quorum experiences an age-related or any other kind of difficulty, other members of the quorum can make up the difference.

"There is something about the individual and combined wisdom of the Brethren that should provide some comfort," Elder M. Russell Ballard said at a CES devotional last year.

"While each feels his own limitation," President Boyd K. Packer said in a 1996 conference address, "there is strength in unity. Never in the history of the Church have the Brethren of the First Presidency and the Twelve been more united."

Each member's duties vary according to age and health, but between the 15 men, everything gets done.

Above all, Latter-day Saints can rest easy knowing there is a plan. Not only is there an earthly plan for hierarchies and responsibilities, but a heavenly plan for these valiant servants of the Lord. The Lord's guiding hand carefully watches over the Church, its members, and its leaders.

After Elders Russell M. Nelson and Dallin H. Oaks were called, then-Elder Gordon B. Hinckley said this: "I want to give you my testimony that they were chosen and called by the spirit of prophecy and revelation." Furthermore, he said, "They were called because the Lord wanted them in this office."