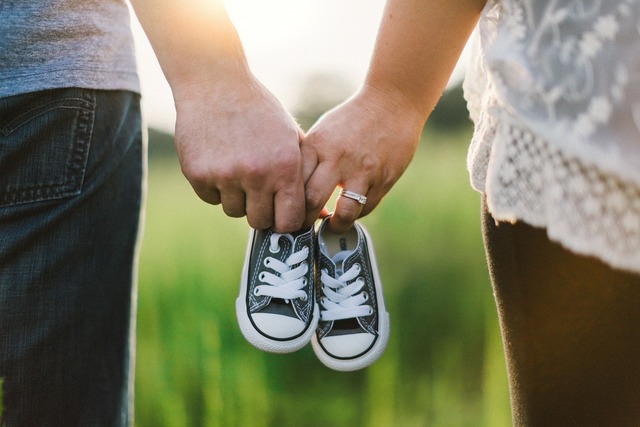 Why Do Some Children Die and What Will Happen to Them in the Resurrection? Comforting Answers for Loved Ones

byRobert L. Millet and Joseph Fielding McConkie, adapted from "The Life Beyond" | Jul. 21, 2018

Little children shall live! What more perfect evidence of an omniscient and all-loving God than the doctrine which proclaims that little children who die are heirs of celestial glory! From these no blessing shall be withheld and from such no opportunities will be denied. The testimony of the Book of Mormon and the latter-day oracles is certain and clear: children who die before the time of accountability shall come forth in the resurrection of the just and go on to enjoy all of the privileges associated with eternal life and the family unit.

As a result of his Vision of the Celestial Kingdom, the Prophet Joseph Smith recorded, "I also beheld that all children who die before they arrive at the years of accountability are saved in the celestial kingdom of heaven" (D&C 137:10). This idea was not entirely new to the Prophet, for he had learned from the Book of Mormon and previous revelations of the Lord's disposition in regard to the status of children. An angel explained to King Benjamin that "the infant perisheth not that dieth in his infancy" (Mosiah 3:18). After having described the nature of those who come forth in the first resurrection, Abinadi said simply, "And little children also have eternal life" (Mosiah 15:25). A revelation given in September of 1830 specified that "little children are redeemed from the foundation of the world through mine Only Begotten" (D&C 29:46).

Why Do Some Children Die and Others Live?

Lacking a memory of what went before and in some cases having only a general outline of what will come hereafter, we as Latter-day Saints are not in a position to provide all of the answers to all of the questions that might arise. We rest secure in the knowledge that God is our Father, that he is intimately acquainted with each of us, that he knows the end from the beginning and that he will arrange premortal, mortal, and postmortal conditions for our eternal best interest. We rest secure in the knowledge that God knows what is best for each of us, and that he will bring to pass those conditions which will maximize our growth and further our opportunities for exaltation. "We must assume that the Lord knows and arranges beforehand who shall be taken in infancy and who shall remain on earth to undergo whatever tests are needed in their cases." 1

An eye of faith provides us with a heavenly perspective, a divinely discriminating view of things as God sees them. Joseph the Seer asked, "Why is it that infants, innocent children, are taken away from us, especially those that seem to be the most intelligent and interesting?" He reflected upon the waywardness of the world and provided at least a partial answer to this most difficult question: "The strongest reasons that present themselves to my mind are these: This world is a very wicked world; and it is a proverb that the 'world grows weaker and wiser'; if that is the case, the world grows more wicked and corrupt. In the earlier ages of the world a righteous man, and a man of God and of intelligence, had a better chance to do good, to be believed and received than at the present day; but in these days such a man is opposed and persecuted by most of the inhabitants of the earth, and he has much sorrow to pass through here." Then, evidencing the perspective of those who see with the eye of faith, the Prophet added, "The Lord takes many away even in infancy, that they may escape the envy of man, and the sorrows and evils of this present world; they were too pure, too lovely, to live on earth; therefore, if rightly considered, instead of mourning we have reason to rejoice as they are delivered from evil, and we shall soon have them again." Finally, Joseph concluded: "The only difference between the old and young dying is, one lives longer in heaven and eternal light and glory than the other, and is freed a little sooner from this miserable wicked world. Notwithstanding all this glory, we for a moment lose sight of it, and mourn the loss, but we do not mourn as those without hope" 2

In commenting upon the Prophet's remarks, Elder Bruce R. McConkie said: "There are certain spirits who come into this life only to receive bodies; for reasons that we do not know, but which are known in the infinite wisdom of the Eternal Father, they do not need the testing, probationary experiences of mortality. We come here for two great reasons—the first, to get a body; the second, to be tried, examined, schooled, and tested under mortal circumstances, to take a different type of probationary test than we underwent in the pre-mortal life. There are some of the children of our Father, however, who come to earth to get a body—for that reason solely. They do not need the testings of this mortality." 3

What Is Children's Status in and After the Resurrection?

It is a marvelous thing to consider that a seer has walked among us, and that seers continue to grace the earth in this final gospel dispensation. We need to feel profoundly grateful to God our Father for sending the Prophet Joseph Smith, one who communed with Jehovah and was schooled in the mysteries of the kingdom of Jehovah. Joseph has brought comfort and consolation and comprehension to man in this day regarding the ever-present phenomenon of death and the little-understood world Beyond the grave. In speaking of the status of children in the resurrection, the Prophet taught in 1842: "As concerning the resurrection, I will merely say that all men will come from the grave as they lie down, whether old or young; there will not be 'added unto their stature one cubit,' neither taken from it; all will be raised by the power of God, having spirit in their bodies, and not blood. Children will be enthroned in the presence of God and the Lamb with bodies of the same stature that they had on earth, having been redeemed by the blood of the Lamb; they will there enjoy the fulness of that light, glory and intelligence, which is prepared in the celestial kingdom."4 Some two years later, in the Follett discourse, Joseph repeated the same doctrine; he delivered the comforting assurance to grieving parents who had lost little ones that they would again enjoy the companionship of their children; that these tiny ones would not grow in the grave, but they would come forth as they had been laid to rest—as children. 5

Some confusion arose over the years after the Prophet Joseph Smith's death concerning his teachings on the status of children in the resurrection. Some erroneously claimed that the Prophet taught that children would be resurrected as children and never grow, but would remain in that state through all eternity. President Joseph F. Smith collected testimonies and affidavits from a number of persons who had heard the King Follett Sermon, and it was his powerful witness that Joseph Smith, Jr., had taught the truth but had been misunderstood by some. President Smith spoke the following in 1895 at the funeral of Daniel W. Grant, the child of Heber J. Grant:

"Under these circumstances, our beloved friends who are now deprived of their little one, have great cause for joy and rejoicing, even in the midst of the deep sorrow that they feel at the loss of their little one for a time. They know he is all right; they have the assurance that their little one has passed away without sin. Such children are in the bosom of the Father. They will inherit their glory and their exaltation, and they will not be deprived of the blessings that belong to them; ... all that could have been obtained and enjoyed by them if they had been permitted to live in the flesh will be provided for them hereafter. They will lose nothing by being taken away from us in this way."

This is a consolation to me. Joseph Smith, the Prophet, was the promulgator under God of these principles. He was in touch with the heavens. God revealed himself unto him, and made known unto him the principles that lie before us, and which are comprised in the everlasting gospel. Joseph Smith declared that the mother who laid down her little child, being deprived of the privilege, the joy, and the satisfaction of bringing it up to manhood or womanhood in this world, would after the resurrection, have all the joy, satisfaction and pleasure, and even more than it would have been possible to have had in mortality, in seeing her child grow to the full measure of the stature of its spirit. If this be true, and I believe it, what a consolation it is ... It matters not whether these tabernacles mature in this world, or have to wait and mature in the world to come, according to the word of the Prophet Joseph Smith, the body will develop, either in time or in eternity, to the full stature of the spirit, and when the mother is deprived of the pleasure and joy of rearing her babe to manhood or womanhood in this life, through the hand of death, that privilege will be renewed to her hereafter, and she will enjoy it to a fuller fruition than it would be possible for her to do here. When she does it there, it will be with certain knowledge that the results will be without failure; whereas here, the results are unknown until after we have passed the test. 6

Children will come forth from the grave as children, be raised to maturity by worthy parents, and be entitled to receive all of the ordinances of salvation that eventuate in the everlasting continuation of the family unit. 7

There are no joys of more transcendent beauty than family joys and no sorrows more poignant than family sorrows. God lives in the family unit and knows family feelings. He has provided a means—through the mediation of his Only Begotten—whereby families may be reunited and affections renewed. "All your losses will be made up to you in the resurrection," the Prophet Joseph Smith declared, "provided you continue faithful. By the vision of the Almighty I have seen it." 8 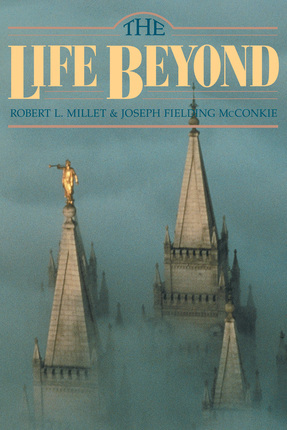 For ages poets and philosophers have tried to explain death, to give comfort, to soften despair. The Life Beyond shows how the Restoration changed despair to understanding, opening our eyes to the majesty of the plan of salvation. Included in this book are insights to the three degrees of glory, the spirit world, missionary work here and hereafter, and temple work. The authors also explore questions all of us have pondered: What do spirits know? What it is the purpose of ministering angels? How will those of less than normal mental powers be judged? Here is clear evidence of our eternal nature and our glorious potential in that life beyond mortality.

Makes You Think Children Death ComfortChildren,Death,Comfort,Makes You Think
Comments and feedback can be sent to feedback@ldsliving.com