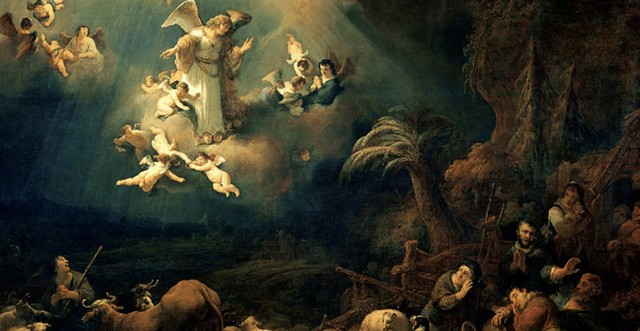 Why Does Mormon Stress That Angels Appeared to Wise Men in the Americas?

"And angels did appear unto men, wise men, and did declare unto them glad tidings of great joy."
Helaman 16:14

In his abridgment of the book of Helaman, Mormon declared that “the scriptures began to be fulfilled” when angels started to appear to the people in the ninetieth year of the reign of the judges (Helaman 16:14). In making this statement, one of the scriptures that Mormon may have been referring to is Alma 13:26, in which Alma declared that the coming of Christ “shall be made known unto just and holy men, by the mouth of angels,” just as it had been made known unto their fathers.

Mention of the appearance of angels bringing information concerning the coming of the Savior into the world recurs frequently in the Book of Mormon. In 1 Nephi 11–14, an angel interpreted for Nephi the vision of his father, Lehi, and showed him the coming of Christ into the world and the fulfillment of Christ’s mission among mortals [1].

Nephi wrote that an angel had told him (or his father) that “the God of Israel” would come six hundred years from the time that Lehi left Jerusalem (1 Nephi 19:8). An angel told Nephi’s brother, Jacob, that the Lord God, the Holy One of Israel, would come in the flesh to the Jews at Jerusalem and that they would scourge and crucify Him (2 Nephi 6:9). 2 Nephi 10:3 records a revelation to Jacob in which an angel told him that the One whose coming he was shown would be called “Christ [2]." Similarly, Nephi related that, according to “the angel of God, his name shall be Jesus Christ, the Son of God” (2 Nephi 25:19).

King Benjamin, in his great speech to his people, told of how an angel had come to him and declared the “glad tidings of great joy,” of how “the Lord Omnipotent who reigneth, who was, and is from all eternity to all eternity, shall come down from heaven among the children of men” (Mosiah 3:5), and that He would perform great miracles, including the atoning sacrifice and the Resurrection (vv. 3–11).

When the coming of the expected Savior was finally near, the Book of Mormon record indicates that the scriptures began to be fulfilled, and angels began (again) to appear to “wise men” (Helaman 16:14) [3]. One of these chosen men was the prophet and high priest Nephi, son of Nephi, grandson of Helaman, of whom the record states that “so great was his faith on the Lord Jesus Christ that angels did minister unto him daily” (3 Nephi 7:18). 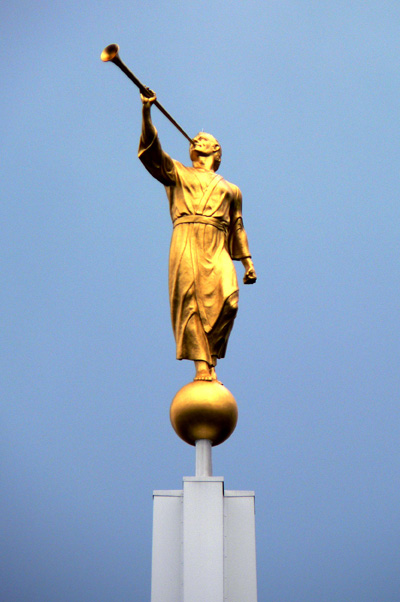 Why did Mormon interrupt his narrative to specify that angels began to appear to wise men? The fact that angels had come to Nephite prophets in the past and were prophesied to come in the future must have been generally known in Nephite societies. For example, when Aaron preached about Christ to the Amlicites (a group of Nephite apostates) in Alma 21, even they immediately supposed that he had received an angelic visit [4]. Alma 21:5 states that “there arose an Amlicite and began to contend with him, saying: What is that thou hast testified? Hast thou seen an angel [5]?"

On an earlier occasion, Alma had reminded his opponents in Ammonihah of another reason why angels are sent. The Lord sends angels to mortals because of their “faith and repentance and their holy works” (Alma 12:30; cf. Alma 11:31).

Mormon likely had episodes such as one in Helaman 16 in mind at the time when he summarized the several reasons why God sent angels to declare the coming of Christ:

For behold, God . . . sent angels to minister unto the children of men, to make manifest concerning the coming of Christ . . . Wherefore, by the ministering of angels, and by every word which proceeded forth out of the mouth of God, men began to exercise faith in Christ; . . . and thus it was until the coming of Christ (Moroni 7:22, 25)

Mormon knew that our merciful Father in Heaven desired that His children have the ability to recognize the signs of the coming of Christ, whether it was in the time of father Lehi, the prophet Samuel, in Mormon’s own time, or in the days leading up to Christ’s Second Coming. Our unchanging God would always send angels to visit worthy individuals who would have the faith, strength, and wisdom (hence “wise men”) to declare the “glad tidings” and fortify the faith of those who have not had the same eye-witness manifestation.