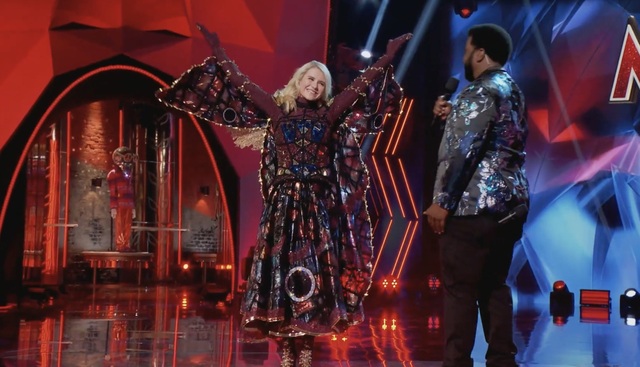 On Wednesday night’s episode of The Masked Dancer, Latter-day Saint activist Elizabeth Smart was revealed to be the woman behind the mask of the Moth. Smart jokingly said that “it’s been one of the bravest things that I’ve willingly done in my life,” and TODAY called it “one of the more surprising . . . reveals in the show’s history.” But what motivated Smart to appear on the show?

“My grandma actually passed away very recently, but she was so much fun,” she said. “She never let a moment pass her by, and so when this opportunity came along, I thought, ‘I live a pretty serious life, and I’m going to take this opportunity and just have fun.’”

In an interview after the reveal, Smart elaborated, “At her funeral, I remember just how fun she was, how funny she was, and she never let an opportunity pass her by. She truly, truly lived her life, and as I sat there thinking about my life in comparison, I just thought, ‘Wow, my life is so serious. I mean, I work in child advocacy, I work in trying to end human trafficking, [and] trying to help survivors move forward after they have been kidnapped or sexually assaulted. I speak to survivors all the time, and I would be lying if I said it’s not hard.”

The competition presented some unique challenges for someone who describes herself as “prim and proper,” and Smart approached the competition with little to no dance skills. As she put it, “I started where I literally could not dance—[I] had two left feet.”

“Can I just say that for what you’ve dealt with in your life—you have been an inspiration for so many people,” panelist Brian Austin Green said. “And you’ve done so much good with a really difficult situation, and we need more people like you on the planet.”

Smart feels confident that if her grandma were alive, she would be proud. “She would be down there in the front row if she could,” she said.