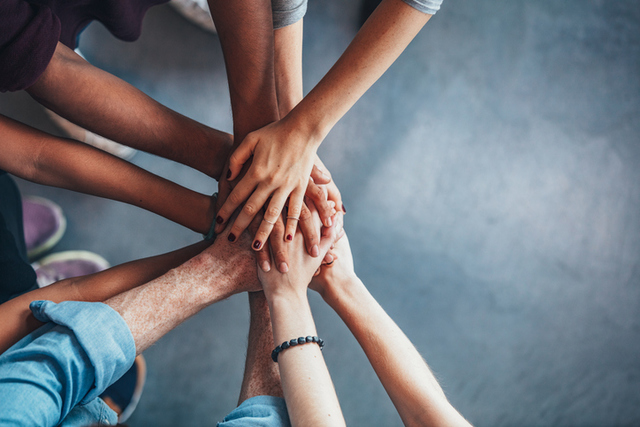 The children of Israel were long oppressed in Egypt as strangers (foreigners) in a strange land. Even their ancestors Abraham and Jacob/Israel were Syrians dispossessed from their homeland. This fact was a regular part of an Israelite testimony as expressed during solemn worship services of thanksgiving and gratitude to God at the Jerusalem temple, “A Syrian ready to perish was my father, and he went down into Egypt, and sojourned there with a few, and became there a nation, great, mighty, and populous” (Deuteronomy 26:5).

The Israelites As Strangers

As recounted in the five books of Moses, with mighty acts of wonder God saved the children of Israel as strangers in a strange land. He brought His people to Sinai to make a covenant with them that He would be their God and they would be His people. God would grant them peace and prosperity in a chosen land if they demonstrated unswerving loyalty to Him.

What was the sign of such unswerving loyalty? Faithful commitment and obedience to the Law of Moses that God had given them at Sinai. “Wherefore ye shall do my statutes, and keep my judgments, and do them; and ye shall dwell in the land in safety” (Leviticus 25:18).

Significantly, even after the Israelites received their promised land, God continued to call them strangers. Only He truly owned the land. They were strangers and sojourners on the land that God granted them as long as they were loyal to Him as demonstrated by keeping all the laws of God: “The land shall not be sold for ever: for the land is mine, for ye are strangers and sojourners with me” (Leviticus 25:23).

Israelites also long acknowledged that they were but strangers and sojourners in the land God had given them and that their safety and security was secured through faithful adherence to all the laws God had established, “Hear my prayer, O Lord, and give ear unto my cry; hold not thy peace at my tears: for I am a stranger with thee, and a sojourner, as all my fathers were” (Psalm 39:12).

The Nephites Taking in Strangers

When God established His covenant with the Children of Israel, He gave explicit instructions concerning how they were to demonstrate loyalty to Him, including taking care of widows, orphans, and strangers. Without their covenant loyalty, the Children of Israel could not expect the promised blessings and protections offered in God’s covenant.

One such example of a branch of Israel keeping this commandment to not oppress the stranger and thus reap the promised blessings was the Nephites during their wars with the Lamanites in Alma 27. When the Anti-Nephi-Lehis—Lamanites who had so long terrorized the Nephites—converted to the gospel, the Nephites gave these “strangers” a place to live in the Nephite homeland. The Nephites then used their own strength of arms, even to the point of dying, to protect these Lamanites.

Significantly, the Nephites gave the Lamanite converts a land called “Jershon,” likely a derivation of a Hebrew word that means “place of dwelling for a stranger.” For a comparative name, remember the story of Moses naming his first born son, Gershom, in Exodus 2:22: “And [Zipporah] bare [Moses] a son, and he called his name Gershom: for he said, I have been a stranger in a strange land.”

The Nephites welcomed the strangers into their homeland and protected them under the laws and statutes of the Law of Moses, “Also thou shalt not oppress a stranger: for ye know the heart of a stranger, seeing ye were strangers in the land of Egypt” (Exodus 23:9).

The Nephites knew that if they broke their loyalty to God by not keeping the Law of Moses then they could no longer expect the protecting promises of God, which they so desperately needed.

Why Does God Want Us to Care for Strangers?

Why did God make such explicit commands about protecting strangers, widows, and orphans? Because these individuals are among the most vulnerable of all God’s children. That vulnerability was particularly pronounced and acute in the ancient world. God seeks especial care for the most vulnerable on earth, promising His wrath upon those who will not show mercy:

“Thou shalt neither vex a stranger, nor oppress him: for ye were strangers in the land of Egypt. Ye shall not afflict any widow, or fatherless child. If thou afflict them in any wise, and they cry at all unto me, I will surely hear their cry; And my wrath shall wax hot, and I will kill you with the sword; and your wives shall be widows, and your children fatherless” (Exodus 22:21-24).

Later Israelite prophets reminded the people of their duties of covenant loyalty and the attendant promises.

“If ye oppress not the stranger, the fatherless, and the widow, and shed not innocent blood in this place, neither walk after other gods to your hurt: Then will I cause you to dwell in this place, in the land that I gave to your fathers, for ever and ever.” (Jeremiah 7:6-7).

Unfortunately, as the prophet Zechariah so powerfully described, the ancient Israelites turned away from the security of their God-given covenant.

“Thus speaketh the Lord of hosts, saying, Execute true judgment, and shew mercy and compassions every man to his brother: And oppress not the widow, nor the fatherless, the stranger, nor the poor; and let none of you imagine evil against his brother in your heart. But they refused to hearken, and pulled away the shoulder, and stopped their ears, that they should not hear. Yea, they made their hearts as an adamant stone” (Zechariah 7:9-12).

Because the ancient Israelites, who were strangers upon the land God gave them, would not treat other humans with humanity and God-commanded respect, God scattered the Israelites as strangers across the earth.

“But I scattered them with a whirlwind among all the nations whom they knew not. Thus the land was desolate after them, that no man passed through nor returned: for they laid the pleasant land desolate” (Zechariah 7:14).

The implications from scriptures are clear. If we seek peace and prosperity from God, who, as the Creator of this world, owns the land we live on, then we must be willing to live all His commandments as a sign of our undeviating loyalty to him. Such loyalty includes treating all of God’s children with respect, even protecting the stranger (foreigner) and remembering that we ourselves are “strangers” on this earth.