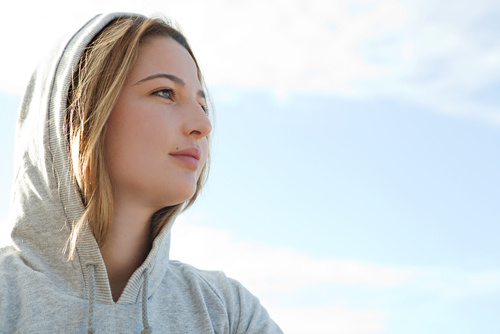 Why God Is Willing to Forgive You Faster Than You Think

There are many reasons why Jesus came to earth, and our word Atonement has come to embody them all, but I think, if I had to be specific, I would say that the essence of His life centered on forgiveness. In the great hymn of the Restoration, Joseph Smith caught that spirit when he wrote, “Now, what do we hear in the gospel which we have received? A voice of gladness! A voice of mercy from heaven” (D&C 128:19). The Savior is the incarnation, the personification, the grand architect of forgiveness and mercy. It is inherent in almost every act of His life. It is the one single most significant quality of the Father that Jesus came to teach us with His words and show us by His example. Indeed, the most beautiful words He spoke during those last agonizing hours of His life are, “Father, forgive them; for they know not what they do” (Luke 23:34). Whenever I feel the difficulty of forgiving in my own life, I read those words and the feeling of forgiveness moves into my soul.

I believe it is more than critical that we reach a certainty of knowledge of how very easy it is for Him to forgive. He delights in forgiveness. He is mercy and He is love. I wish this were true of you and me, but in our humanity we can find it daunting. Perhaps because we struggle with this grace we may wonder about God and our relationship with Him. “My thoughts are not your thoughts, neither are your ways my ways, saith the Lord” (Isaiah 55:8). I must sometimes remind myself that God simply does not view things the way I do. Mankind has far too often created God in their image, justifying even the most terrible of acts. Unfortunately, religion can be very effective in shutting the mind down from thinking and the heart from feeling. I quote the above words from Isaiah because the verse immediately preceding them and contained in the same paragraph assures us that if the wicked “forsake his way, and the unrighteous man his thoughts: and . . . return unto the Lord, . . . he will have mercy upon him; and . . . will abundantly pardon” (Isaiah 55:7). His ways and His thoughts are merciful thoughts and forgiving ways, though humanity’s ways may not be.

► You'll also like: "I Know the Atonement Is Real": One Man's Heartbreaking Journey Back to the Savior That Shows the Depth of God's Forgiveness

The God Who Winks

Just how abundantly is “abundantly”? Literally hundreds of scriptures come to mind. I think of Paul’s words to the citizens of Athens when he was teaching them from Mars Hill. He had wandered through the Agora, which was filled with idols and temples to pagan gods who had been worshipped for centuries. Here was violation of the first two of the Ten Commandments. Yet it was all so easily waved aside with one word in Paul’s address. “And the times of this ignorance God winked at” (Acts 17:30; emphasis added). I love that word! God winked at it all! I can’t tell you how comforting it is to know that we worship a “winking God.” In the footnote we learn that in the Greek, the word means to overlook or disregard. Vine, who wrote a dictionary of all New Testament words from the Greek, describes it this way: “God bore with them without interposing by way of punishment” (Expository Dictionary of New Testament Words [Barbour & Company, Inc., 1940], 220).

Paul would know about a God who winked, for this same God had forgiven him while he was in a state of hostility and intolerance while traveling on the road to Damascus. Paul is described as “breathing out threatenings and slaughter,” something, unfortunately, that has happened too often within religion. He had not asked the Lord to intervene in his life. Yet he was called by a voice of gentleness and meekness, which simply and with love asked him a single question: “Saul, Saul, why persecutest thou me?” (Acts 9:1, 4). Here was winking. That voice of mildness changed everything. Paul would speak of it for the rest of his life, as it was the defining moment in his mortal journey—a moment of forgiveness. It made Paul what he was, and it would be Paul, perhaps more than any other man, that spread Christianity and thus assured its continuation. In his epistle to Timothy, Paul tried to explain why he felt God had shown him this mercy: “Jesus came into the world to save sinners; of whom I am chief. Howbeit for this cause I obtained mercy, that in me first Jesus Christ might shew forth all longsuffering, for a pattern to them which should hereafter believe on him to life everlasting” (1 Timothy 1:15–16). Paul earlier told Timothy, “The grace of our Lord was exceeding abundant with . . . love which is in Christ Jesus” (1 Timothy 1:14; emphasis added).

► You'll also like: What We Almost Always Forget About Forgiveness

The scriptures deal in extreme stories that sit somewhat outside of the norms of life. They are constructed this way for a reason. Everything less is thereby covered. If God can forgive Paul, He can forgive you and me. “I am the example,” Paul is saying, “of the abundant love of the Savior.” Lest we doubt this with the pressing of our own guilt, the Lord provided other stories to bear home the point, particularly in the Book of Mormon. Everyone who asks forgiveness in the Book of Mormon receives it, and they receive it immediately!

“How Oft Will I Gather You”

When we read these many accounts, as we have seen so often, they fill us with the spirit of forgiveness, and in the grace of that spirit we too can forgive and believe that we can be forgiven. We may not be able to hold that forgiveness in the heart continually, but we have felt it for a moment, and that moment can expand in time.

I would point out also that in so many of these examples not only is forgiveness granted, but the individuals rise to positions of trust and usefulness in God’s kingdom. There is no blacklist in heaven. Nothing remains “on the record.” No future opportunities or blessings are forfeited forever or even during mortality.

► You'll also like: 3 Truths You Must Understand for the Atonement to Work in Your Life

Though I believe strongly that forgiveness, whether receiving it ourselves or extending it to others, is not an act of the mind, but of the soul, it is reasonable to believe that God can turn the crimson life into the snow life (Isaiah 1:18). It is so because of the type of a God He is—the winking God, the God of Paul and Alma, of Enos and Lamoni—the God who forgives beyond the breadth, length, depth, and height of our understanding, the God who forgives above all we can ask or think, the broad-as-eternity God. 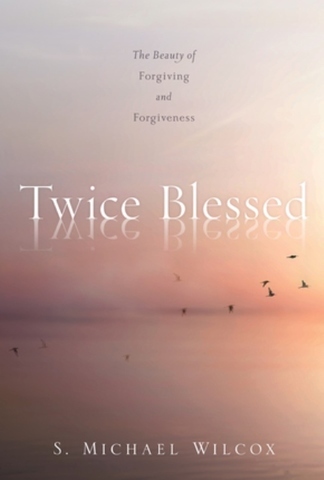 For more insights on forgiveness and Christ's Atonement, check out Twice Blessed by S. Michael Wilcox, available at Deseret Book stores and deseretbook.com.