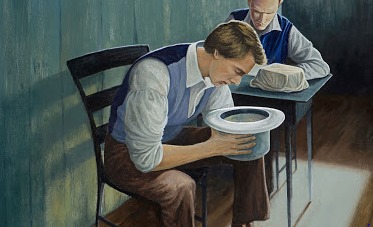 Why Is a Seer Greater Than a Prophet?

In Mosiah 8, the Nephite missionary Ammon included a discourse on the nature of prophethood, seership, and divine translation. In response to King Limhi’s request for a translation of some sacred records (Mosiah 8:11–12), he spoke of “a man [Mosiah] that can translate the records; for he has wherewith that he can look, and translate all records that are of ancient date; and it is a gift from God.” The instruments of translation, which Ammon called “interpreters,” could only be used when divinely commissioned. “Whosoever is commanded to look in them,” Ammon taught, “the same is called seer” (Mosiah 8:13).

With this information in mind, Limhi reasoned that “a seer is greater than a prophet” (Mosiah 8:15). Ammon concurred, and explained,

A seer is a revelator and a prophet also; and a gift which is greater can no man have, except he should possess the power of God, which no man can; yet a man may have great power given him from God. But a seer can know of things which are past, and also of things which are to come, and by them shall all things be revealed, or, rather, shall secret things be made manifest, and hidden things shall come to light, and things which are not known shall be made known by them, and also things shall be made known by them which otherwise could not be known. (Mosiah 8:16–17)